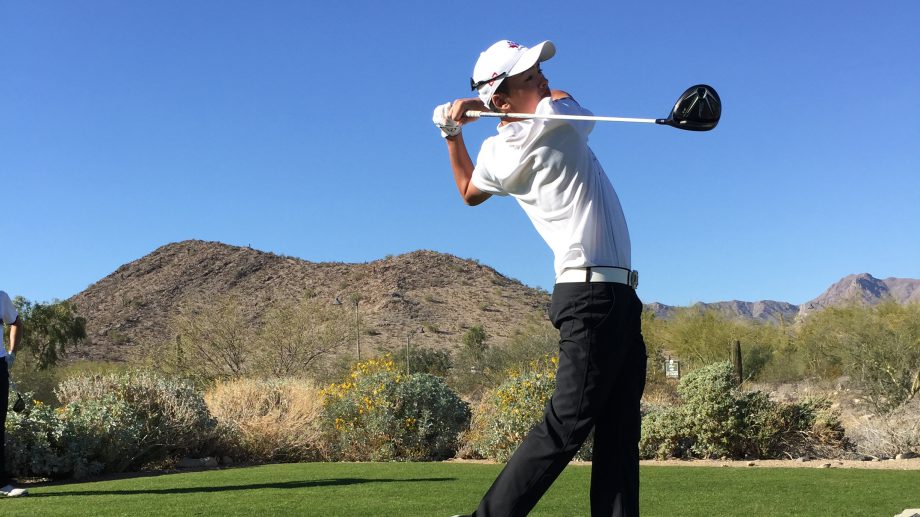 Holding the 18-hole lead, the Coquitlam product kept up the pace in Sunday’s final round to close out the wire-to-wire victory at 4-under par (70-70). The Team Canada rookie fended off the battling Henry Lee of Coquitlam, who closed the tournament one-stroke back of Ewart at 3-under. Both competitors ended as the only two athletes to finish under-par at the University Golf Club.

The win marks Ewart’s first CJGA victory of his young career. The Pitt Meadows Golf Club member will look to ride his momentum into action next week when he joins Team Canada teammates to compete at the Toyota World Junior Qualifier in Trinidad.

On the girls’ side, Delta native Amanda Minni led the pack with a closing score of 2-over par (73-73) to lock up the victory in the U19 division. She built up a two-stroke cushion over co-runner-ups Mary Parsons—also of Delta—and Ye Ji Lim of Langley.

The Women’s Development Squad were also in action in Vancouver. In the Juvenile group (U17), Richmond’s Kathrine Chan ran away with a score of 1-under par for a five-stroke victory over teammate and Surrey native Hannah Lee. The win also marks the first CJGA win for the 16-year-old Chan, who currently sits at No.14 on the CN Future Links National Junior Order of Merit .

Hometown native and Development Squad member Tiffany Kong finished the U19 division tied for sixth at 7-over par (78-73).