Team Canada’s Hugo Bernard advances to round of 32 at U.S. Amateur 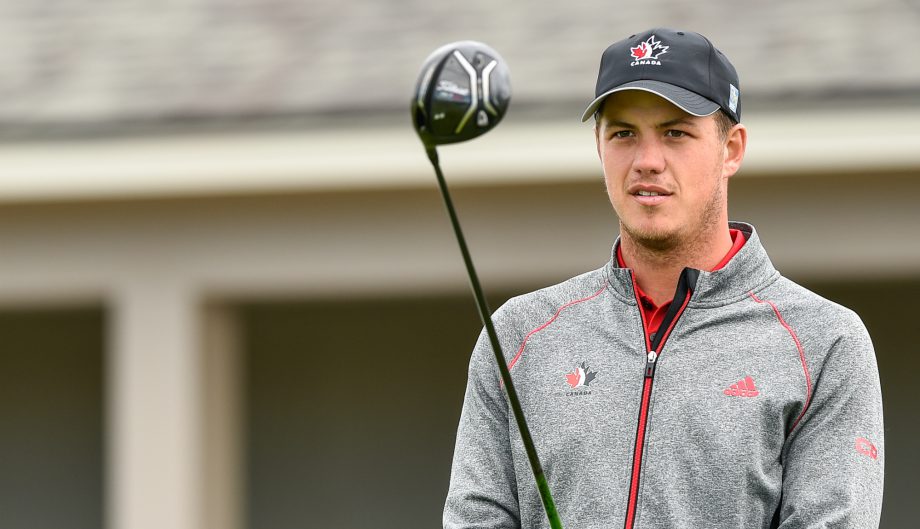 Team Canada Amateur Squad’s Hugo Bernard cruised to victory in his round-of-64 match at the U.S. Amateur at The Rivieria Country Club, in Palisades, Calif., defeating John Hilliard Catanzaro (Gadsden, Ala.) 4 and 3 to advance to the round-of-32.

The Mont-St-Hilaire, Que., product got off to a strong start winning first four of the first five holes to hold a 3-up lead.

After Catanzaro battled back to 1-down heading to the back nine, Bernard, closed him out by winning holes No. 11, 12, and 14 before halving the fifteenth when Catanzaro was dormie.

"18 holes of match play will teach you more about your foe than 18 years across a desk.” #WednesdayWisdom #USAmateur pic.twitter.com/in7YOfywO9

Last week at the Canadian Men’s Amateur Championship Bernard played in the last group during the final round, but fell short of defending his 2016 title firing a 2-over-par 72 to finish in a tie for fourth.

The third Canadian to advance to the round-of-64 Richmond, B.C., native Chris Crisologo lost 4 and 3 to the No. 1 seed Hayden Wood (Edmond, Okla.).