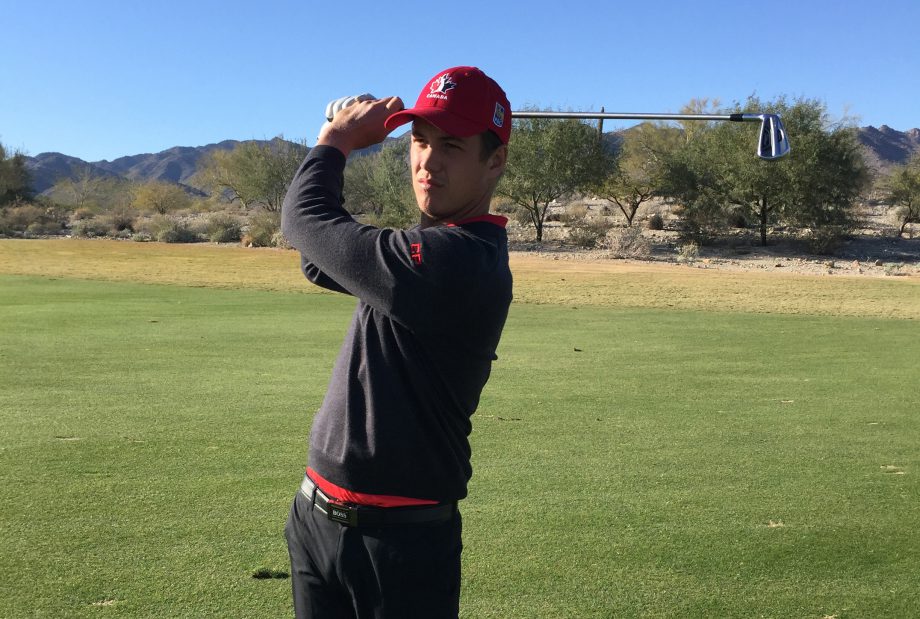 National Amateur Squad member Hugo Bernard of Mont-St-Hilaire, Que., has officially signed on as a member of the Saint Leo Lions golf team for the 2016 season.

Bernard, a former Quebec Men’s Amateur Champion, joins senior and fellow Canadian Joey Savoie (Montreal) in Saint Leo, Fla., as one of 12 on the Lions’ roster.

The smooth-swinging lefty joins the Lions on the heels of a season that featured Top-5 finishes at all three legs of the Quebec triple crown (Quebec Amateur, Duke of Kent, Alexander of Tunis) and a runner-up finish at the Canadian Amateur.

Bernard and the third-ranked Lions (Div II) are set to kick off competition in 2016 when they take on the field at the Matlock Collegiate Classic from Feb. 8–9.