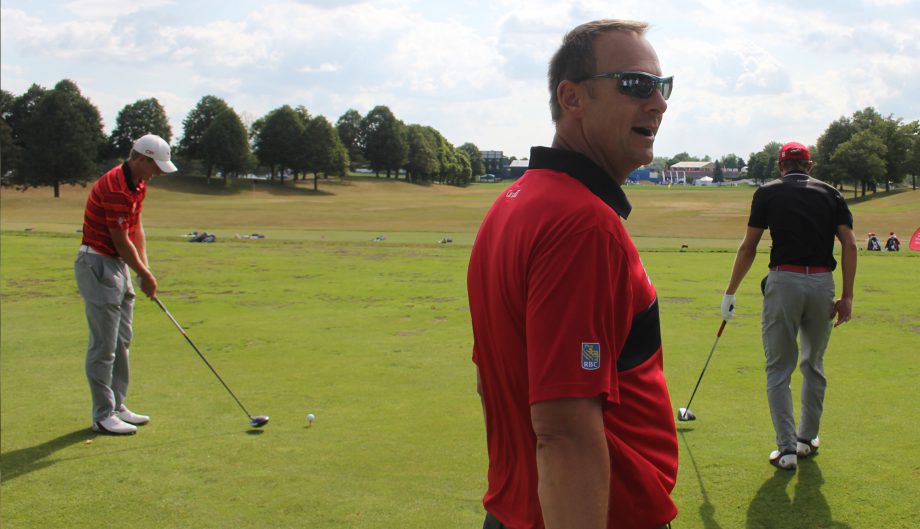 Team Canada Men’s Head Coach Derek Ingram was among the 10 award winners announced today by the PGA of Canada, earning the nod as the Ben Kern Coach of the Year recipient.

“I’m extremely honoured to be receiving this prestigious award from the PGA of Canada—an association I’m very proud to be a member of,” said Ingram, a class “A” member. “It was definitely a year to remember for a lot of different reasons and I’m very thankful to be honoured with this achievement.”

The Winnipeg native collects the award on the heels of another busy season at the helm for his 12th year with the Team Canada program. Ingram’s 2016 travels were highlighted by a trip to Rio de Janeiro, where he acted as the Canadian men’s head coach in golf’s return to the Olympics after a 112-year hiatus.

In September, Ingram led the Canadian trio of Jared du Toit, Hugo Bernard and Garrett Rank to Mexico, where they finished tied for ninth at the World Amateur Team Championships.

Ingram’s extended coaching efforts came full circle with the emergence of Young Pro Squad member Mackenzie Hughes, who collected wins on both the Web.com and PGA Tours in a span of three months. The 26-year-old Dundas, Ont., native has been a pupil of Ingram’s since joining the Team Canada program in 2008. He has since become an exemplary model of development through the Canadian system, something Ingram takes great pride in.

“Mackenzie is the perfect example of what we are trying to accomplish with the Team Canada program,” he said. “He climbed his way up through the ranks through dedication and hard work; he’s also a great champion off the golf course and I’m proud to have played a part in that.”

Alongside marquee events, Ingram upheld a schedule including training camps, contact days and competitions with the nine athletes on this year’s National Amateur and Young Pro squads. He is also heavily involved with industry-leading initiatives including Long-Term Player Development and high performance.

“Derek is a great leader and friend and deserves every recognition for helping better his athletes both in life and in sport,” Mullally said. “I look forward to new challenges with him and continuing to push each other to grow for seasons to come.”

The following other award winners will be recognized during PGA of Canada Night on Jan. 26 at the PGA Merchandise Show in Orlando, Fla.