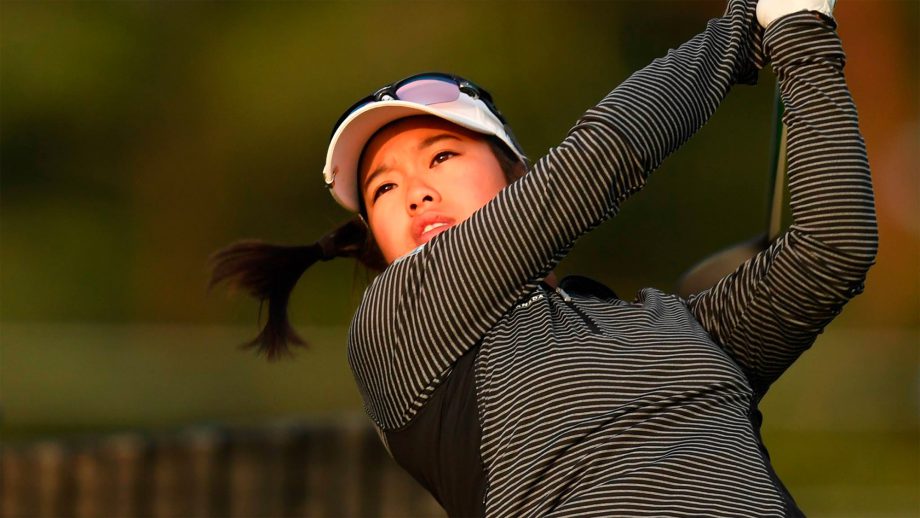 PEORIA, Ariz. – Calgary’s Jaclyn Lee wrote a chapter in history on Monday, breaking an Ohio State school record with a 64 at the Westbrook Spring Invite, collecting her second NCAA victory in the process.

Lee, a Team Canada National Amateur Squad member, marched to the tune of seven birdies accompanied by an eagle on the par-5 8th hole, finishing at 8 under par for the day on the Westbrook Village Golf Course.

The 20-year-old junior finished at 19 under par in the 36-hole event, two strokes clear of runner-up Kaitlin Milligan of Oklahoma State.

Lee’s first NCAA victory of her career came in 2017 when she split medallist honours at the East & West Match Play.

The former Alberta Ladies Amateur champion paced the Buckeyes to a 2nd place finish, one stroke behind Oklahoma. She was named as the Big Ten Conference Golfer of the Week for her efforts in Arizona.

Congrats to @JaclynLee57 on her second Big Ten Golfer of the Week honor of the 2017-18 season!#GoBucks pic.twitter.com/xpOjDDxKgz

In her sophomore season, Lee led the Buckeyes in scoring average as well as total finishes in the top-5, earning her a selection to the All-Big Ten Second Team.