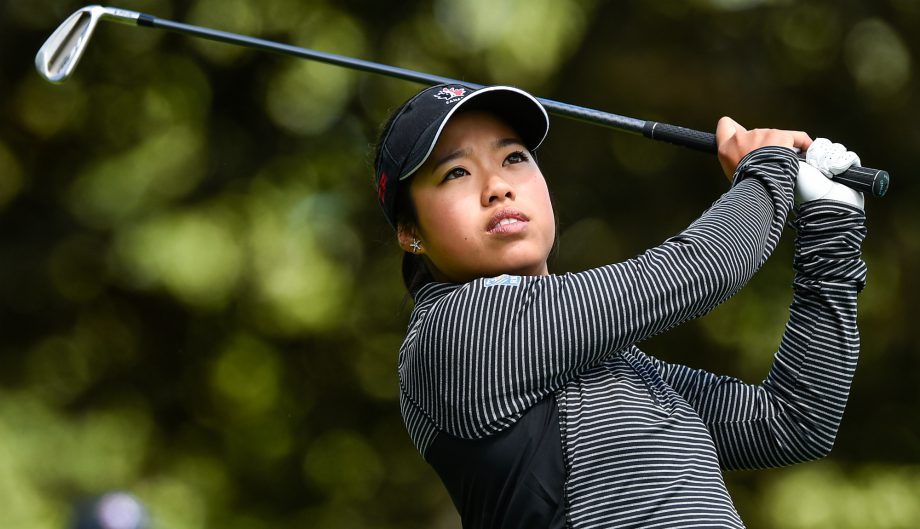 Calgary’s Jaclyn Lee carded a 1-over-par 72 in Wednesday’s second round of the Women’s North and South Championship to finish T2 in stroke play, advancing to the match play portion of the tournament.

The famed Pinehurst No. 2 lived up to its reputation as one of the stiffest tests in golf on Tuesday with every golfer in the field—except medallist Kristen Gillman (Austin, Tex.)—finishing over par for the day.

Lee, a Team Canada Amateur Squad member, recorded two birdies and three bogeys to finish tied for second at 4 over par with Norman, Okla., native Yujeong Son—two shots back of Gillman who was 2 over par for the championship (73-71).

At the Women’s Western Amateur Championship in June, Lee was the No. 3 seed after 36 holes of stroke play but lost in the first round of match play to Maddie Rayner (Southlake, Tex.) in 23 holes.

Valerie Tangauy from Saint-Hyacinthe, Que., finished T33 at 13 over par (71-84) missing a spot in match play by one stroke.

Development Squad rookie and Delta, B.C., product Mary Parsons will also be heading home after two rounds with a T75 finish at 24 over par.

The fourth member of Team Canada’s Amateur Squad, Maddie Szeryk (London, Ont.), withdrew from the tournament after being notified she had gained entry into the 2017 U.S. Women’s Open as an alternate.