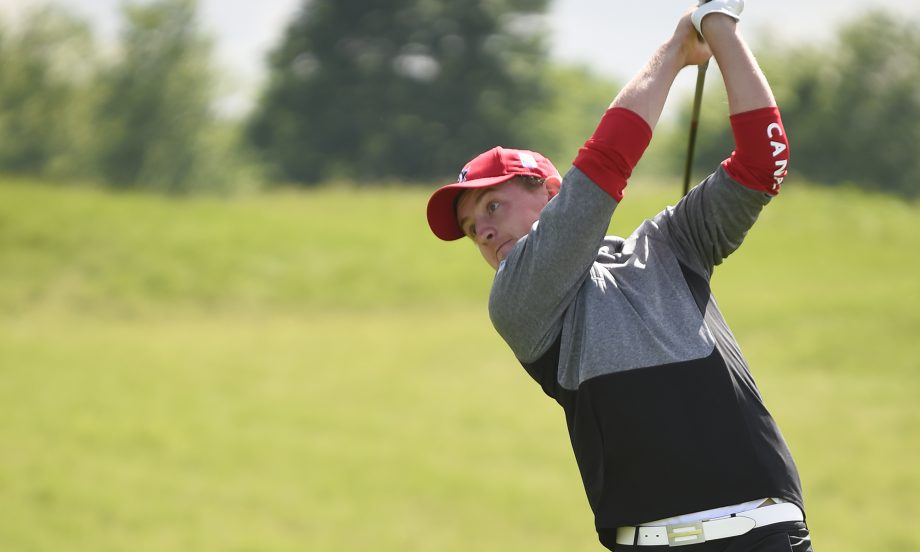 PITTSFORD, N.Y. – Amateur Squad’s Jared du Toit picked up right where he left off on Saturday, carding a 71 at the prestigious Monroe Invitational for a share of third place.

du Toit, 21, came in at 2-over par (71-73-67-71) to tie with Chile’s Cristobal del Solar, one stroke back of American Andrew McCain and five strokes back of champion Sean Crocker of Westlake Village, Calif., who surged up the leaderboard with a final-round, tournament-low 63 (-7).

The finish comes on the heels of du Toit’s impressive junior season at Arizona State, where he posted five Top-10 finishes for the Sun Devils. The Kimberley, B.C., product currently sits at No. 85 in the World Amateur Golf Rankings (WAGR).

Also in action for Canada was Amateur Squad teammate and University of Florida graduate Eric Banks. The left-handed Truro, N.S., native struggled in Sunday’s final, slipping to a T15 finish after a 7-over 77. One stroke of Banks was 22-year-old Blair Hamilton of Burlington, Ont., who closed the tournament at 8-over par.

Rounding out the Men’s Amateur Squad was Hugo Bernard of Mont-St-Hilaire, Que., and Stuart Macdonald of Vancouver, who finished T27 and T50, respectively.

The Monroe Invitational is one of the oldest amateur events in the United States, dating back to 1937. It has been hosted at the Monroe Golf Club for 76 years, boasting past champions such as Dustin Johnson, and current Young Pro Squad members Taylor Pendrith (Richmond Hill, Ont.) and Albin Choi (Toronto).