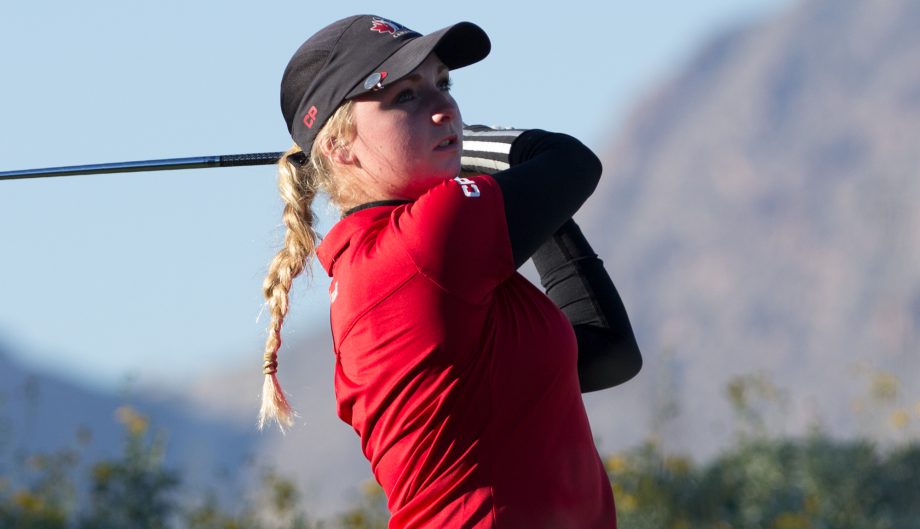 Canada’s top-ranked female amateur Maddie Szeryk was dialed in once again on Wednesday, closing a wire-to-wire run at the NCAA’s Dr. Donnis Invitational to post a convincing four-stroke victory in Hawaii.

Szeryk, a third-year member of Team Canada’s Amateur Squad, opened the 54-hole event with rounds of 67-71 over 36 holes on Tuesday, giving her the advantage heading into Wednesday’s final. The Texas A&M junior went on to card a 69 (-2), pulling away from the field to finish at 9-under par, recording her second NCAA victory to date—she won the Florida State Match-Up in 2016.

Szeryk’s efforts lifted the Aggies to the team victory at Kanohe Klipper course, finishing with a 15-stroke margin over runner-up Oklahoma State. Her impressive play of late has put her in the spotlight, winning her second consecutive SEC Golfer of the Week honour earlier in March.

Fellow Team Canada teammate Naomi Ko of Victoria, B.C. was also in action, posting a 6-over score to finish T26.

Szeryk will look to lead the Aggies in action once again when they tee-it-up from March 31-April 2 at the Clemson Invitational in Sunset, S.C.