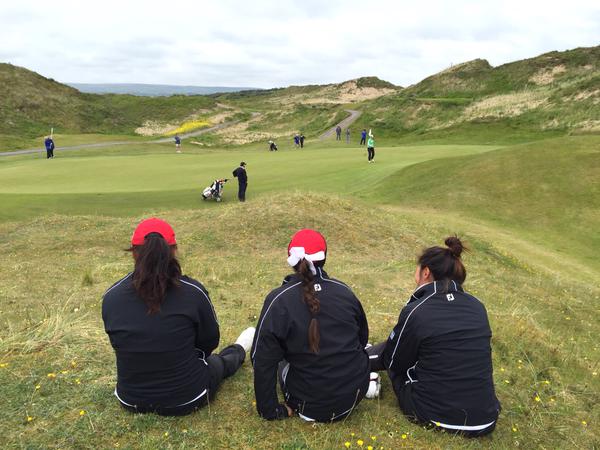 Szeryk, 18, held an early lead after winning the par-3 3rd but Mehaffey quickly drew even two holes later. The two battled all match, remaining all-square through 13 until Ireland’s Mehaffey built up a 2-hole advantage with consecutive wins on the 14th and 15th.  Szeryk made it interesting with a win on the 16th, but the Texas A&M sophomore could not complete the comeback in the final two holes despite carding a bogey-free round.

Team Canada teammates Brittany Marchand of Orangeville, Ont., and Elizabeth Tong of Thornhill, Ont. bowed out earlier in the morning’s round of 16. Marchand, 22, struggled against world No. 22 ranked Linnea Strom of Sweden, losing 5&3. Tong, a recent graduate of Indiana University, was defeated by Belgian Charlotte De Corte, 2&1.

Tomorrow’s semi-final will take place at 8:30 a.m. BST, followed by the 18-hole finale later that afternoon.