Checking in with Team Canada PGA of Canada 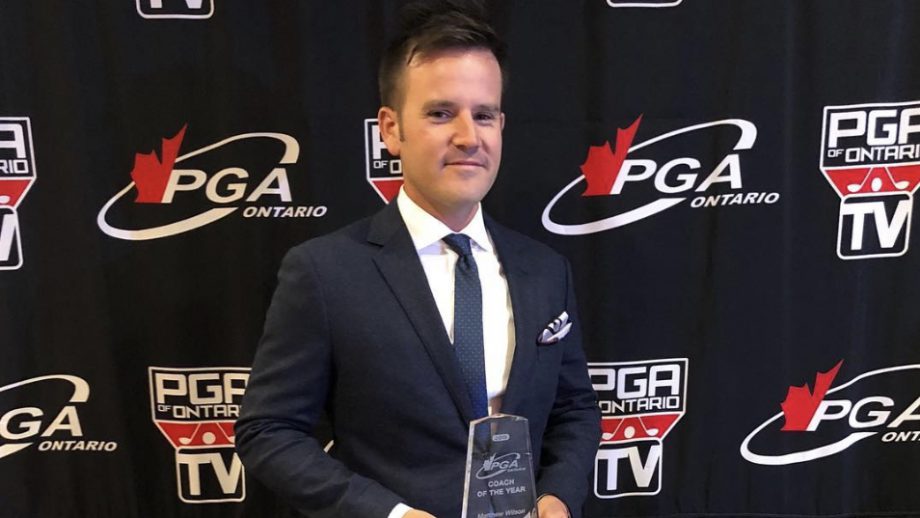 Team Canada Junior Women’s Coach Matt Wilson was one of nine award winners at the 2018 PGA of Ontario awards ceremony on Friday at the Nottawasaga Inn Resort in Alliston, Ont.

The Newmarket, Ont., native took home Coach of the Year honours for the PGA of Canada – Ontario Zone for his outstanding achievements in coaching this season and throughout his career.

In 2017, Wilson was appointed as Director of Next Generation strategy with Golf Canada to further develop and execute a stronger Team Canada program. Since joining the National Sport Federation, Wilson has helped oversee the national team’s centralized program, which sends athletes to train at Bear Mountain from February through to early June in a focused centre of excellence, surrounded by world-class technical coaching staff and experts.

Thank you to @pgaofontario and my peers for voting me as the Coach of the Year for 2018 and to the athletes who work with focus and purpose, daily, to grow and achieve.

Wilson was honoured alongside eight fellow PGA of Canada members: