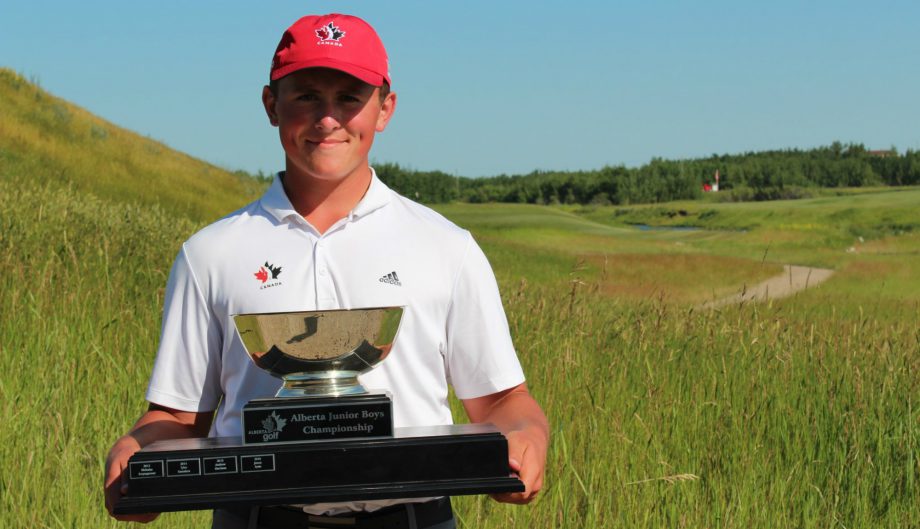 Team Canada’s Max Sekulic carded a final round 1-under-par 71 to move to 5-under-par for the tournament and win the Alberta Junior Boys Championship at Coal Creek Golf Resort in Ryley, Alta. His Development Squad teammate Chandler McDowell was third.

Sekulic from Rycroft, Alta., had five birdies and four bogeys to finish one stroke ahead of Matt Bean (Canmore, Alta.) who carded a final round even par 72.

Sekulic, 18, was 12th at the Future Links driven by Acura Pacific Championship in May and finished sixth at the 2016 Canadian Junior Boys Championship.

McDowell, a native of Springbrook, Alta., had the lowest score of the final round with a 3-under-par 69 to finish at 3-under-par for the championship.

In solo fourth was Kai Iguchi from Banff, Alta., who’s 1-under par 287 four day score was good enough to secure him the 16-and-under Juvenile Championship.

Rounding out the top-five was Pincher Creek, Alta., product Ethan Choi who was even par for the tournament.