Team Canada’s Naomi Ko T10 after round one of U.S. Women’s Amateur 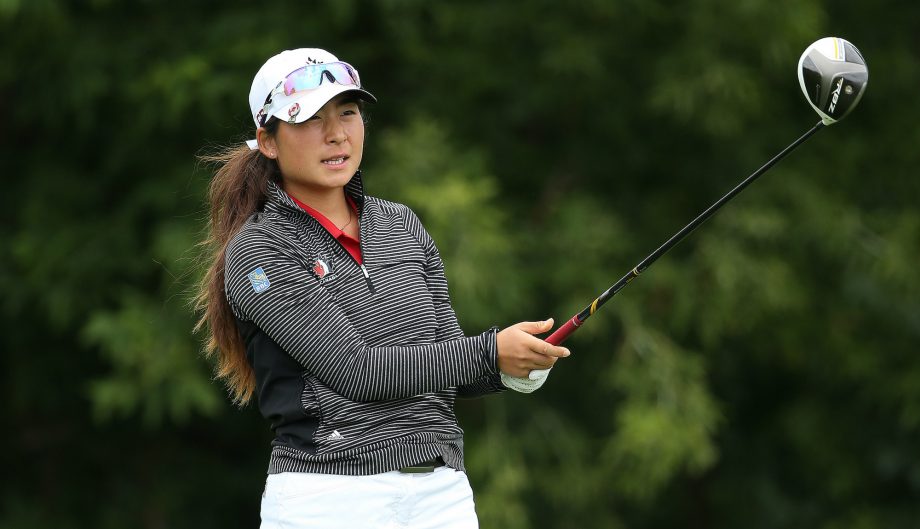 Team Canada’s Naomi Ko posted a 1-under-par 71 in round one of U.S. Women’s Amateur to sit T10 after 18 holes at San Diego Country Club in Chula Vista, Calif.

The Victoria, B.C., native recorded three birdies and two bogeys in round one of stroke play. She was 2 under par for the day before a bogey on No. 15 and  then closed with three straight pars. She is four shots back of leader Haley Moore (Escondido, Calif.)

A veteran of Team Canada, Ko is coming off a strong finish at the Canadian Women’s Amateur Championship at Cutten Fields in Guelph, Ont.

She climbed into tie for a third with a 3-under-par 67 in the final round, the only under par score of the day.

Earlier this summer Ko finished third at the Porter Cup and reached the round-of-16 at the Women’s Western Golf Association Amateur Championship before losing to her Team Canada teammate and eventual winner Maddie Szeryk.

Ko has seen success at USGA events before. She qualified for the U.S Women’s Open in 2016 and reached the quarterfinals of the U.S. Girls’ Junior Championship in 2015.

.@naomiko_golf shoots a 1 under round in her first of stroke play at @USGA Women's Am she is T-10 and 4 shots back #USWomensAm

Development Squad rookie Mary Parsons from Delta, B.C., posted a 9-over-par 81 in round one to sit T133.

After two rounds of stroke play the field will be reduced to 64 golfers and match-play will begin.