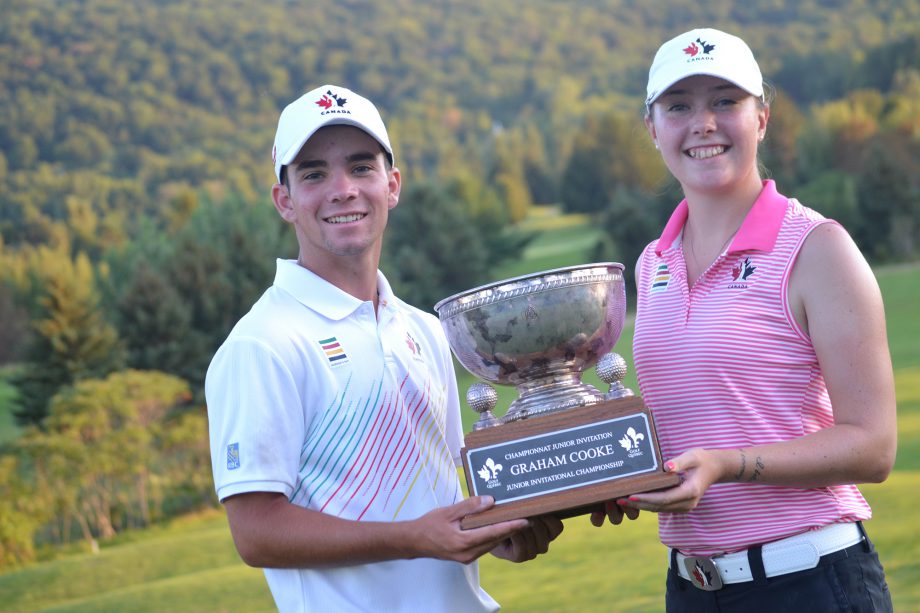 Papineau, 18, notched his third victory in his home province this season after shooting 9-under par (68-67) for the one-stroke win over Félix Normand of Mont-St-Hilaire, Qué. in the boys division.

With the win, the West Virginia University commit marked the end of his junior career in great fashion—adding to an impressive season highlighted by wins at the Québec Amateur Championship and the Alexander of Tunis. The two-time provincial junior champion finished in a tie for third in last year’s Graham Cooke Invitational.

In the girls division, 17-year-old Grace St-Germain repeated as champion for the second consecutive year to win the title for a third time. St-Germain posted an even-par score (70-74) for the tournament, fending off a charge from Céleste Dao of Notre-Dame Ile Perrot, Qué., to defend her title with a one-stroke victory.