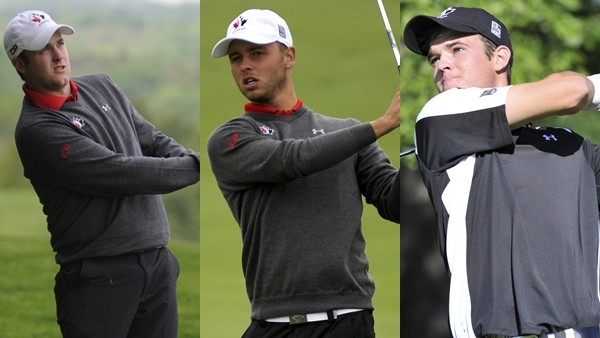 Among those extended tournament invites are Taylor Pendrith of Richmond Hill, Ont., Adam Svensson of Surrey, B.C. and Corey Conners of Listowel, Ont.

Pendrith, 23, is currently Canada’s highest ranked male amateur on the World Amateur Golf Rankings at No. 18. A recent graduate of Kent State University, Pendrith will make his first start at Canada’s National Open Championship after recently claiming the prestigious Monroe Invitational title and finishing tied for second at the Ontario Men’s Amateur Championship.

At No. 27 on the WAGR, Svensson will make his second start at the RBC Canadian Open fresh off an outstanding sophomore year at Barry University. Last season in NCAA action the 20-year-old captured seven tournament titles and was awarded Jack Nicklaus Award as the most outstanding Division II men’s golfer.

Rounding out the list of exemptions at No. 39 in the World Amateur Golf Rankings is Conners, 22, who recently reached the finals at the North and South Amateur Championship earlier in July.

With the addition of Pendrith, Svensson and Conners a 15-player Canadian contingent (to date) will compete at The Royal Montreal Golf Club looking to become the first Canadian since Pat Fletcher in 1954 to win Canada’s National Open title.

In addition, three exemptions will be awarded to the Top-3 finishers on PGA Tour Canada’s Order of Merit following the Stall Foundation Open presented by Tbaytel on Sunday, July 20th.

The final four exemptions into Canada’s National Open Championship will be determined following the Final Monday Qualifier for the RBC Canadian Open on July 21st at Golf Saint-Raphaël in L’Île-Bizard, Que where four exemptions will be handed out to the Top-4 finishers.

Grounds tickets for all days of Canada’s National Open Championship as well as a limited number of premium ticket packages are still available. A full list of ticket packages and pricing, including the new Family Day package, is available online at www.rbccanadianopen.com. Golf Canada and RBC are also please to offer free admission to children 17 year and younger who are accompanied by a ticketed adult.