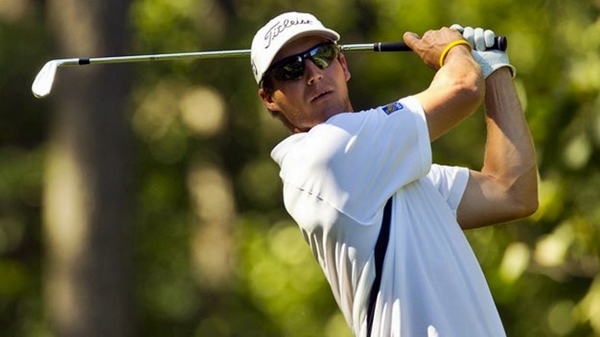 BLUFFTON, S.C.  – Garrett Rank, a member of the National Amateur team, relinquished a six stroke lead on Sunday to slip into a runner-up finish at the prestigious Players Amateur held at Berkeley Hall Club.

Rank separated himself from the field on Friday’s second round, firing a remarkable bogey-free, 10-under 62 to set a course (and personal) record. The Waterloo University graduate then went on to card rounds of 70 and 75 to close out the tournament, finishing at 10-under par.

The Elmira Ont. native builds on an already impressive season that features a tie for 7th at the Dixie Amateur and a tie for third at the Monroe Invitational Championship.

Rank lost the lead to Zimbabwe’s Scott Vincent, who earns the exemption to play in next year’s RBC Heritage, a PGA Tour event. The 26-year-old Rank is set to be in Kansas on Monday to play in the U.S. Amateur Public Links event.

Rank will surely boost his current World Amateur Golf Ranking (WAGR) of No. 135 after his strong play this week. The same can be said for Team Canada teammate, Adam Svensson.

Svensson, a Surrey, B.C. native, closed out with a 1-under 71 to finish inside the top-10, in a tie for 8th. The 20-year-old Barry University sophomore continues to have a memorable season, winning seven NCAA events and capturing the Jack Nicklaus award, given to the top golfer in NCAA Div I, II and III golf.

Click here for full results from the Player Amateur Championship.