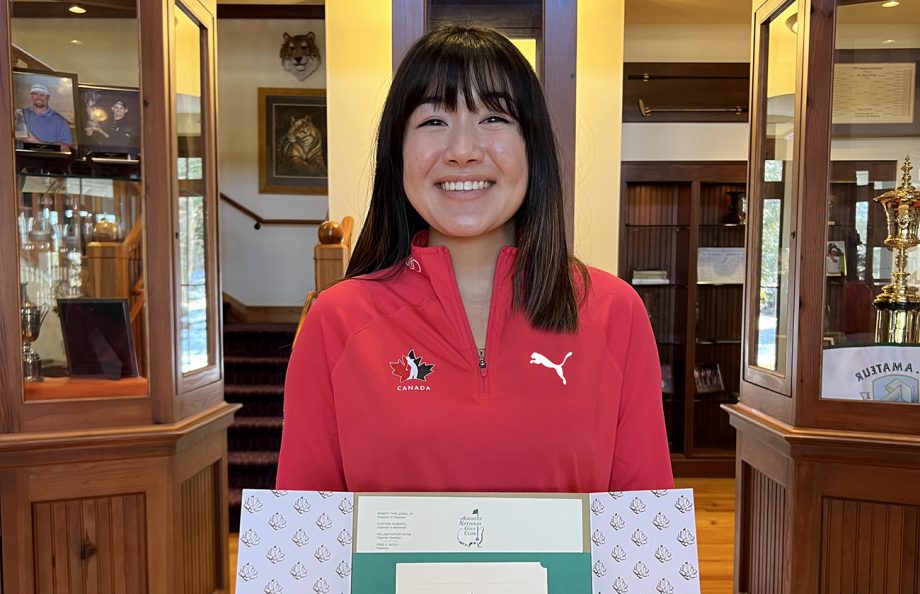 Top-ranked Canadian amateur Savannah Grewal has been invited to compete against the world’s best at the 2022 Augusta National Women’s Amateur from March 30 – April 2.

“It means a ton to me,” said Grewal on being invited. “Being a female and being able to play at Augusta National is huge just because they didn’t let women play there for so long. And especially being able to play in a tournament against some of the top amateurs in the world is unreal.”

An international field is set to compete over 54 holes of stroke play with a cut following the first two rounds. The opening 36 holes will be contested over two days on the Island and Bluff nines at Champions Retreat Golf Club in Augusta, Ga. The entire field will then play Augusta National for an official practice round Friday, April 1, followed by the final round featuring the top 30 competitors who made the cut.

Grewal, 20, is currently ranked No. 154 on the WAGR and plays for Clemson University in South Carolina.

While she was first introduced to golf through a camp when she was six, the Mississauga, Ont., product says it wasn’t until a few years later – after occasionally going to the course with her parents – that she decided she wanted to take up the sport competitively.

By the time she was 16 years old, Grewal knew Clemson was where she wanted to go following high school. While on an unofficial visit that happened to be during the football team’s spring scrimmage, Grewal fell in love with the South Carolina school.

“I told my grandfather – because he was with me – and I told him right after we were done visiting that this is where I want to go to school,” Grewal said. “The coaches were amazing, the facilities were amazing, but for me the most important thing was they had that family atmosphere to it.”

Grewal has since become the first player in Clemson history to record a hole-in-one on March 27, 2021 during the second round of the Clemson Invitational which she would go on to finish third at and she’s the first ever Canadian to sign with the Clemson Tigers women’s golf team.

After being cancelled due to the COVID-19 pandemic in 2020, the event returned the following year where 17-year-old Tsubasa Kajitani won the second installment of the event in a playoff over Emilia Migliaccio.

Brigitte Thibault of Rosemère, Que., is the only Canadian to have previously played in the event, playing in both previous installments.

On Nov. 17, 2021, both Grewal and Thibault, alongside six other women, were named to the Team Canada National Amateur Squad together.

While it’ll be Grewal’s first time playing in the Augusta National Women’s Amateur, it won’t be her first trip to the coveted golf course. Back in April 2017, at the annual Drive, Chip and Putt National Finals held at Augusta, Grewal won the Girls 14-15 age division.

“To be able to go back and be back on the grounds of Augusta National is huge because it’s the biggest golf course basically – the most popular one in golf – so, it’s super exciting and it just means a ton to be invited,” said Grewal, who was able to do the putting portion of the event in 2017 on the 18th green at Augusta.

Live broadcast of the final round from the third annual Augusta National Women’s Amateur will kick off at 12 p.m. ET on April 2.