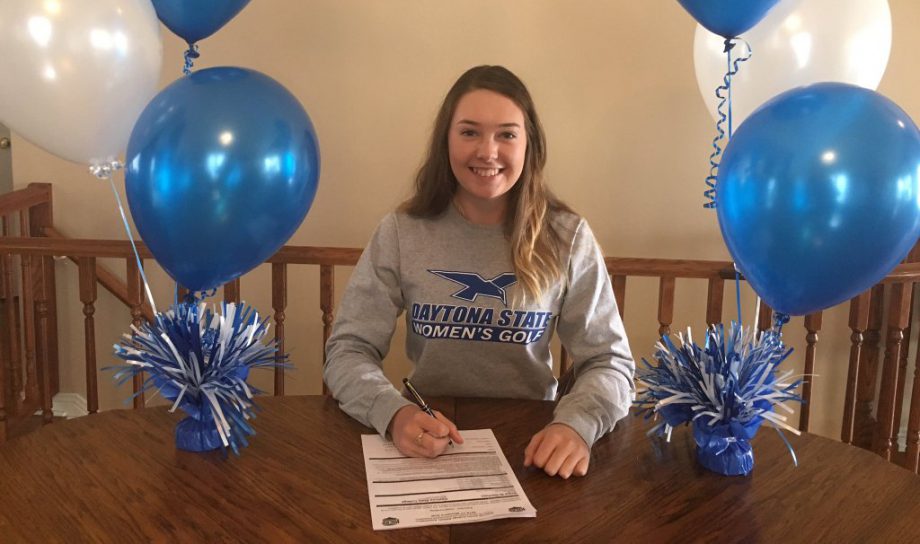 Development Squad’s Grace St-Germain has signed a letter of intent to join the Daytona State Falcons in August of 2016.

The Falcons are listed as a Div I school under the National Junior College Athletic Association (NJCAA)—an association dedicated to America’s two-year collegiate programs.

“This is a great fit for Grace all-around,” said Ann Carroll, Women’s Development Squad coach. “The training facilities at Daytona are phenomenal and it will compliment her game perfectly as she looks to take her game to the next level.”

She will fall under the guidance of long-serving Head Coach and well-known teaching professional Laura Brown, who has been at the helm for all 16 of the team’s seasons.

Officially a Falcon!So excited to have signed with Daytona State College! Thank you to everyone who has supported me pic.twitter.com/2nXh6nsggD