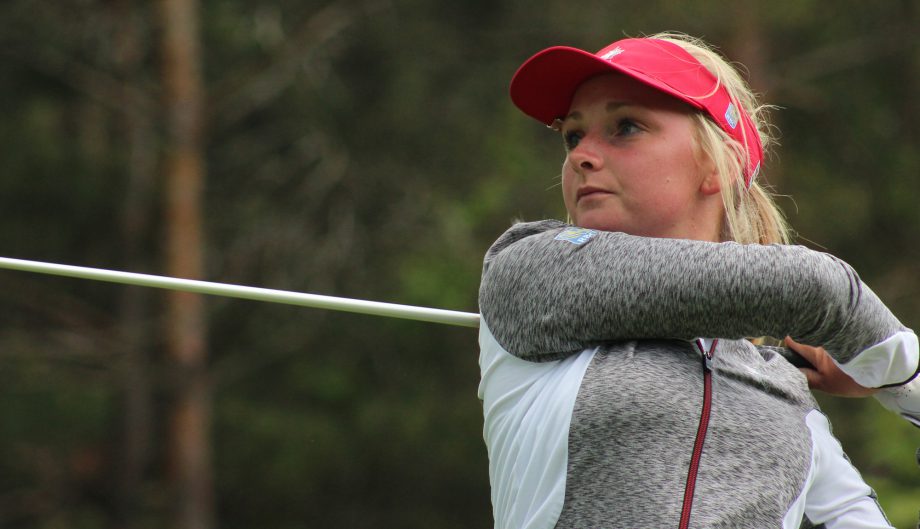 Szeryk, a junior at Texas A&M, carded a 2-under 70 on Tuesday to register the tournament’s low score, lifting her to sole possession of first place at 1-under par heading into Wednesday’s final round. The 20-year-old London, Ont., resident owns a two-stroke advantage over Lee and Van Dievoet, who share second place. The third-year Team Canada product was recently named to the All-SEC team for the third consecutive year.

Lee, a Calgary native, sits at 1-over par (73-72) for the tournament following a 72 (E) on Tuesday. The Ohio State sophomore led the Buckeyes in stroke advantage through the 2016-17 season, averaging 73.21 across 28 rounds, including five top-10 finishes.

Lee’s performance has the Buckeyes in second place, primed to grab one of the top-six spots to advance to the NCAA Championships from May 19-24. Szeryk and the Aggies sit just outside the number in 7th place, two strokes back of the sixth and final spot.

Team Canada’s Naomi Ko was also in action at the Albuquerque Regional for N.C State. The Victoria, B.C. product struggled with rounds of 78-82 to sit T89.

The full leaderboard for the Columbus Regional can be seen here.