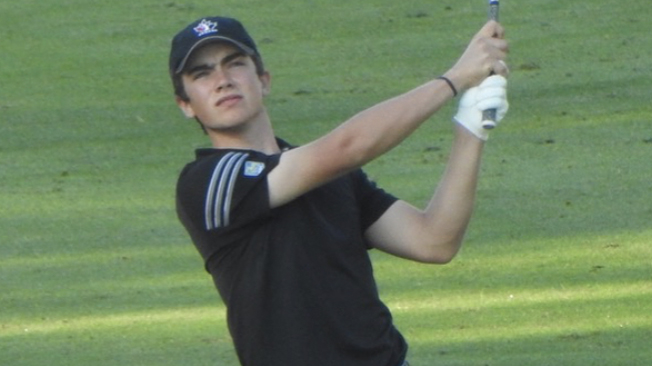 WAIMALU, Hawaii — It wasn’t meant to be for Team Canada’s Christopher Vandette, who relinquished the 54-hole lead to settle for a share of 2nd at the 2018 Hawaii State Amateur.

The 17-year-old Beaconsfield, Que., native built a lead as large as four strokes, holding the outright lead through the first three rounds before slipping in Sunday’s final with a 2-over-par 74. Vandette’s struggles were no match for the surging local Tyler Ota, who recorded a tournament-low 67 to leapfrog into first place for the two-stroke victory at 11 under par.

Despite the disappointing result, the reigning Quebec Men’s Amateur champion held his head high at the Pearl Country Club, showing the composure of a seasoned veteran.

“It’s not the finish Chris was hoping for, but there are a lot of positives to take away from this event and he’ll be come back stronger for it,” said Team Canada Development Squad coach, Robert Ratcliffe. “I’m proud of Chris’ performance both on and off the course… it was a great week all around for our team here.”