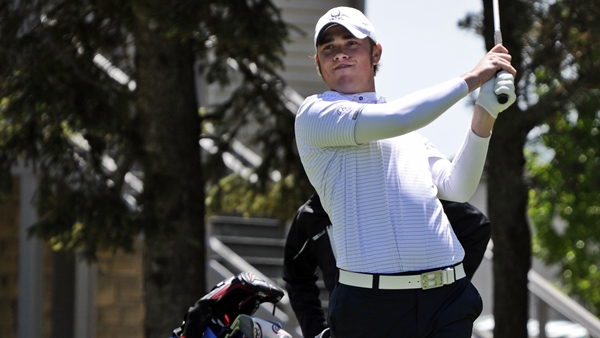 MYRTLE BEACH, SC — It is half training camp, half competition for the Golf Association of Ontario’s (GAO) Team Ontario as they hone their skills in Myrtle Beach, S.C. with five days of training before the 16th annual Can-Am Matches at Wachesaw Plantation Club in Murrells Inlet.

The Can-Am matches will see 16 of the top-ranked junior golfers in Ontario (comprised of Ontario-born National Development Team members, Team Ontario members and other qualifiers) take on the best from the South Carolina Junior Golf Foundation. The event will last two days (March 15-16) with team matches being held on the first day and singles matches on the second.

The scoring format for the matches is slightly different than a traditional match play event. In each match, there are 18 points available, one for each hole, ensuring that all 18 are played. If a hole is halved, each player or team receives half a point. The format stresses the importance of each player focusing on one hole at a time. The teams will play team four-ball matches on the first day of the event before singles matches on day two.

In advance of the Matches, Team Ontario and their additional members ventured down to Myrtle Beach on March 9 to begin a five-day training camp to prepare for the event. The team has the opportunity to play and train at a few courses in the area.

The team will also take part in a fun event on March 12 at Wachesaw with a Member-Am team scramble. Team Ontario players will be grouped with three club members for a round, giving them a chance to meet their hosts from the club.