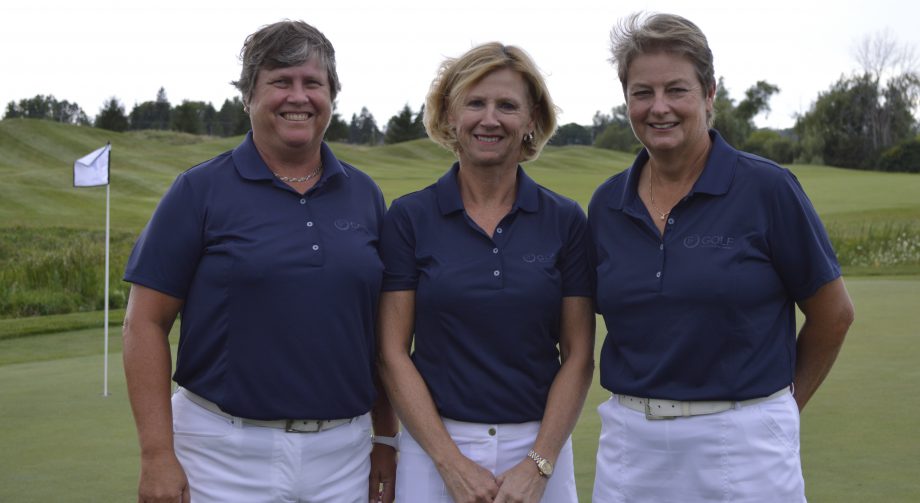 The winning team was led by a second-round even-par performance from Golf Hall of Fame member Mary Ann Hayward while Pimm and Court both shot 7-over 78 in the second round of the championship.

“We always have good battles with B.C., so it’s nice to have Alberta in the mix. Ontario hasn’t won too many of the team titles this year, so it’s good,” said Hayward.

Joey Bush, 64, of Aurora, Ont., took the over-60 Super Senior Championship title after finishing 11-over par through two rounds. The Super Senior division was played concurrently with the first two rounds of the tournament.

“I’m ecstatic. I have never won anything like this before in my life,” said Bush, who considered withdrawing after a poor practice round. “I went out yesterday, played and missed two fairways, so that gave me all the confidence and I have a great caddy on the bag.”

Finishing in solo second in the Super Senior division was Janice Roberts Wilson of Flagler Beach, Fla. A hole-in-one on the 140-yard ninth hole on Thursday helped Wilson reach 6-over par on the day and 14-over par for the championship.

Separating themselves from the pack were first-round co-leaders Judith Kyrinis of Thornhill, Ont., and Etobicoke, Ont., product Terrill Samuel who again mirrored each other’s scores with second rounds of 1-under par. The pair reached 4-under for the championship to open a 5-shot advantage in the Senior (50+), Mid-Master (40+) and Mid-Amateur (25+) divisions.

“What you want to do after the first two days is have a chance,” said Samuel, who captured the 2012 Canadian Women’s Senior Championship. “It’s nice to have one under the belt so there’s less pressure.”

Samuel, 54, had a strong start, carding a 3-under 32 on the front nine. Kyrinis, who was in a grouping with Samuel again, tallied four birdies en route to her second-round 70.

“Playing with Terrill is great because we’re always rooting for each other to make those putts and make some birdies. You’re always trying to play catch-up or get ahead of her, so it was very enjoyable the last two days,” said the 51-year-old Kyrinis.

Mary Ann Hayward sits in third place in the Senior, Mid-Amateur and Mid-Master divisions. Her even-par second-round puts her at 1-over 143 heading into the third and final round.

The champion of this year’s Canadian Women’s Senior division will receive an exemption into the 2015 U.S. Senior Women’s Amateur at Hillwood Country Club in Nashville, Tenn., from September 26 to October 1.

For additional information, including tee times and scoring, click here.