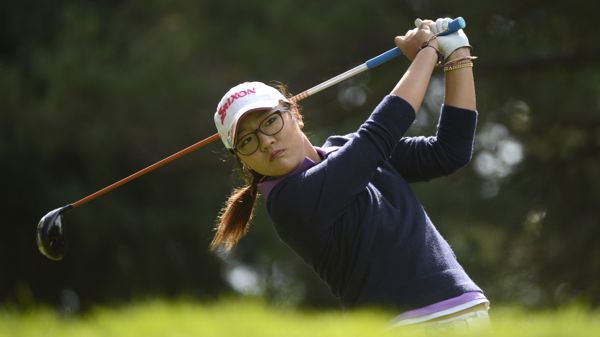 WELLINGTON, New Zealand –Teenage golf star Lydia Ko has split with the only coach she has had since she took up the sport as a 5-year-old.

Ko told Television New Zealand on Monday that she was sad to have ended her partnership with Guy Wilson, whom she called a great coach and friend. But she said she and her family had decided it would be impossible to continue the relationship because she will be based in the United States and he in New Zealand.

“It doesn’t really work, him being here and him coming on the weeks that I’m not playing a tournament means I’ll only see him like 10 times a year, and to me that kind of situation didn’t work out,” Ko said.

Wilson, who worked with the 16-year-old Ko for 11 years, issued a statement saying he was “incredibly disappointed” the partnership is over.

Michael Yim, her agent at IMG, said Monday that Ko worked with various teachers at the Leadbetter Academy in Florida before going to Taiwan for the Swinging Skirts tournament, an event she won two weeks ago in her second start as a professional. Kim said Ko plans to meet with other teachers before deciding on a full-time coach.

Ko has won five professional tournaments –four as an amateur — while coached by Wilson, who said it had “been an honour to help develop Lydia into the No. 4 golfer in the world.”

“When I first met her the golf clubs were taller than she was and she didn’t know the first thing about a driver or a putter, but now she has one of the most envied swings in the women’s golf world,” Wilson said.

Born in South Korea and raised in New Zealand, Ko won the Women’s Canadian Open at 15 last year to become the youngest winner in LPGA Tour history and successfully defended the title this year.