Ten things you should know about the Masters 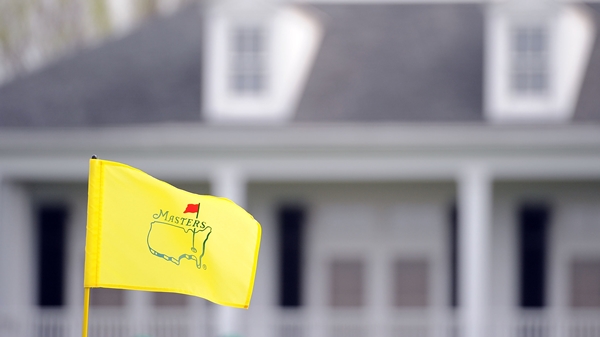 Ten historical nuggets worth knowing to know about the Masters and Augusta National Golf Club:

WHAT’S THE SCORE: Clifford Roberts, co-founder of Augusta National, devised a scoring system for the 1960 Masters that he called the “over-and-under” method. Scores were shown on a cumulative basis on how a player stood with respect to par, such as 10-under par or 3-over par. That has become the standard for scoring at golf tournaments around the world.

MEASURING HOLES: The Masters is the only major golf tournament in which the yardage of each hole is rounded off to end in “5” or “0.” Roberts felt that an exact yardage was not relevant because the movement of tee markers and pin positions for each round changed the distance. The course is listed at 7,435 yards. And no one can be sure it ever plays to that length.

WHAT’S IN A NAME: When the club decided to hold a golf tournament, Roberts suggested it be called the Masters Tournament. Co-founder Bobby Jones vetoed that because he felt it was too presumptuous, so it made its debut in 1934 as the Augusta National Invitation Tournament. The title changed to the Masters in 1939.

GREEN JACKET THEN: Augusta National bought green jackets from New York-based Brooks Uniform Company in 1937 for members to wear during the tournament so patrons would know who to turn to for information. Members wore them at the club so that waiters would know who would pay the bill.

GREEN JACKET NOW: Sam Snead in 1949 became the first Masters champion awarded a green jacket, a symbol that winners would become honorary members. The previous champions also were given green jackets. For past champions and members alike, the jacket can only be worn at the club. The exception is the reigning champion, who returns the green jacket when he comes back to defend his title.

AMATEUR HOUSING: Amateurs have the option to stay in the Crow’s Nest atop the clubhouse at Augusta National. It provides space for up to five players, and rising from the room is the 11-square-foot cupola with windows on all sides that can only be reached by a ladder. There are seven amateurs at the Masters this year, though not every man wishes to stay in the Crow’s Nest. Among the amateurs who did were Jack Nicklaus, Ben Crenshaw and Tiger Woods. Canada’s Corey Conners will stay there for part of this year’s Masters.

BLACKOUT: The Masters now is the most viewed golf tournament in the world, broadcast in more than 200 countries. But it wasn’t always that way. When it was televised for the first time in 1956, all CBS stations within a 200-mile radius of the club were blacked out from showing the tournament to help with ticket sales. The blackout was lifted in 1969.

ICE ON THE AZALEAS: One of the many myths about Augusta National is the staff places bags of ice on the azaleas and other flowers in the spring to keep them from blooming until the week of the Masters. That was proven incorrect most recently in 2012, unless the town ran out of ice. Every now and again, spring arrives earlier than the first full week in April, and the azaleas and dogwoods no longer are in bloom.

THE GREAT SWITCH: The most exciting back nine in golf used to be the front nine at Augusta National. The opening tee shot was what now is No. 10. Amen Corner would have consisted of Nos. 2, 3 and 4. But after the inaugural tournament in 1934, officials decided to flip the two nines.

MEMBERSHIP: Ever wonder how to be considered for membership at Augusta National? Don’t bother. Much like the tournament it runs, club membership is by invitation only. Golf World estimated in 2009 from a member who didn’t give his name that the initiation fee was “low five figures” and annual dues were “a few thousand” a year. When the club opened, the initiation fee was $350 with annual dues of $60. And by the way, Augusta National is closed from the middle of May to the middle of October.