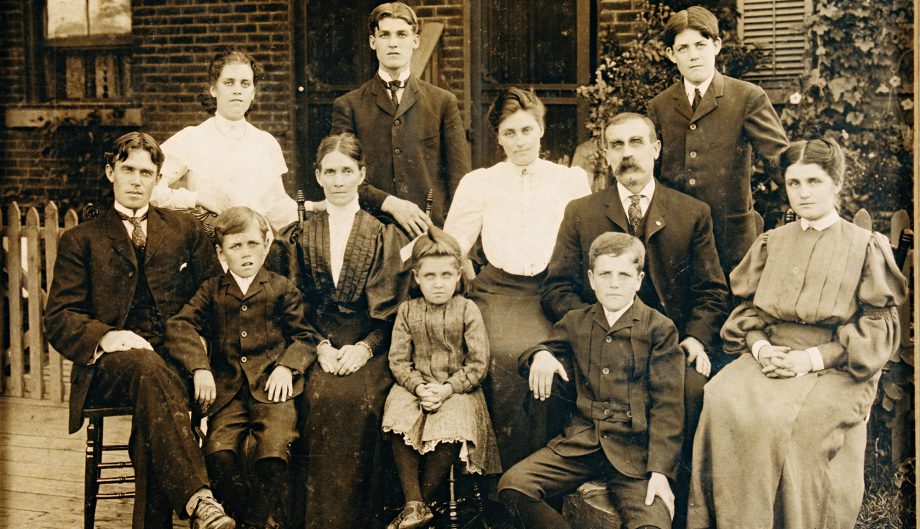 Legendary Canadian designer Stanley receives most of the praise but his four brothers all shared deep connections with the game too.

Stanley Thompson is a Canadian golf institution. That is a universally shared opinion. The renowned course designer is to golf in this country what Harry Colt is to the British Isles and what Donald Ross and Alistair Mackenzie are to the U.S. — the benchmark and standard by which classic and even modern courses are routinely judged.

Being one of golf architecture’s immortals, Thompson enjoys a status reserved for the revered and is on a pedestal accorded to few.

During an illustrious career spanning over three decades, he designed or was involved in the construction of more than 145 courses, including some of this nation’s finest: Capilano, St. George’s, Cape Breton Highlands, Fairmont Jasper Park Lodge and Fairmont Banff Springs, to name a select few.

Along with Ross, he is one of the co-founders of the American Society of Golf Course Architects (ASGCA) and his immediate understudies, Robert Trent Jones, Robbie Robinson, Howard Watson and Geoff Cornish, passed along Thompson’s visionary talent to a third generation of Canadian architects. That contemporary group includes Doug Carrick, Thomas McBroom, Graham Cooke and Les Furber.

The Toronto Terror’s reputation has even crossed over to the sporting mainstream. Already a member of the Canadian Golf Hall of Fame (1980), the federal government named Thompson a Person of National Significance in Canada in 2005, an honour bestowed on the designer posthumously by the Historic Sites and Monuments Board of Canada. Only two years ago, and more than 60 years after his passing, he was inducted into Canada’s Sports Hall of Fame.

However, his well-documented career features another claim to fame. He was one of five members of the “Amazing Thompsons,” a title Stanley proudly shared with his four brothers — Nicol, Mathew, Bill and Frank.

Arguably the royal family of Canadian golf, the Thompson boys dominated the golf scene during the early 1920s, led by eldest brothers Nicol and Mathew as professionals and the younger Bill, Stanley and Frank as decorated amateurs.

“They were fine golfers with a lot of talent and were definitely a force to be reckoned with back in the day,” explains Stan Thompson, Nicol’s grandson. “My grandfather was the head professional at Hamilton Golf & Country Club for many, many years. He was good enough to lead the first two rounds of the Canadian Open played there in 1930.”

“He also won the 1922 PGA Championship of Canada and finished second in 1913 in the (Canadian) Open. Frank and Bill Thompson were also very successful, winning three Canadian Amateurs between them. Frank also won the Florida Winter Amateur one year and once beat Bobby Jones in a match. Quite often back then they would take road trips together to play. When they showed up at events it was like, ‘Okay, who is going to be second?’ All the brothers were players first.”

The Thompson brothers in 1923. Left to right: Frank, Mat, Nicol, Stanley and Bill

At Toronto GC, the boys were surrounded by greatness. Distinguished Canadian champions Karl Keffer, Albert Murray and Charles Murray were all members.

“The influence of Toronto Golf Club was very important to all of their careers,” reflects Mathew Thompson’s grandson, Matt Thompson. “It was the connections they had there. That and the friendships they had with so many greats of the day, players like Bobby Jones, were very important and I’m sure quite instrumental in their success as golfers. The more I dig into it, the more interesting the family history gets.”

Even the lives of the Thompson women — mother Jeannie and sisters Marion, Betty, Isobel and Jean — were intertwined with the game. According to the Thompson Society website, Betty was the family financial wizard. For years she looked after the books for the family’s foray into course design while also running her own mail-order company.

“She was smart. All of the girls enjoyed themselves too. They liked a good party,” Stan Thompson added.

Fine players first, the Thompson boys became immersed in course architecture early on. Influenced by Colt’s routing and detail at Toronto GC, they collaborated in their formative years to build Rye Field, a six-hole family short course nearby. It proved a humble beginning for what would eventually become a thriving national and international business.

Regrettably this chapter of Thompson family history would transpire under difficult circumstances: the passing of patriarch James Thompson.

With the father of the family gone, eldest brother Nicol called a family meeting where it was decided that Stanley, who had just returned from the First World War, would assume control of the Thompson design company. The rest of the boys would remain in golf in their various capacities.

“They were in business together off and on the golf course,” said Stan Thompson, “but what is interesting about that, and I’ve seen it mentioned frequently, is that Stanley was anointed the designated course designer. That was his calling. The boys recognized it. My grandfather considered himself a professional first. Same with Mathew. It made sense for Stanley to assume that role.”

In the ensuing years the decision proved to be well considered. Thompson’s first design, Muskoka Lakes Golf & Country Club, received high praise. In 1922 he branched out to form his own firm, Stanley Thompson & Co. Limited, where he quickly secured status as the country’s go-to architect.

Before the decade closed he had cemented his reputation with the completion of Alberta’s Jasper Park Lodge and Banff Springs and Toronto’s St. George’s.

As business continued to flourish it was not uncommon for the other boys to step up to lend an assist. Nicol was still highly regarded. In his early days he played pivotal design roles in both courses at Hamilton’s Chedoke Golf Club; Midland Golf & Country Club; Brantford Golf & Country Club; and Owen Sound Golf and Country Club (now called Legacy Ridge).

He also worked on several courses in and around the Niagara Peninsula. Occasionally through the years that has sparked debate and prompted research into which Thompson did what?

“I think it’s partly their own fault,” Stan Thompson asserts. “As players, they didn’t promote themselves and my grandfather certainly didn’t self-promote as a course designer. It wasn’t important to him. He didn’t need to be known for anything other than being a club professional.”

Today, golf remains a staple in the lives of many of the post generations of Thompsons. Some members of the family play better than others but the passion is strong throughout.

“My dad, Nicol Jr., won the Ontario Junior in 1925 and 1926,” Stan Thompson adds. “I still play. I’m in my 70s now and I have had nowhere near the talent my father and grandfather or uncles had but the thing I and a lot of the family inherited from them was a true love of the game.”

In modern golf circles the Thompson name remains prominent thanks in large part to the Stanley Thompson Society, an organization founded in 1998 by the late Bill Newton, a cousin of Matt and Stan Thompson. It remains dedicated to the conservation of classic Thompson golf courses through education and awareness.

“My cousin Matt and I say this all the time. We wish now we had heard more stories from them when we were younger,” Stan Thompson says, “but you can’t go back. What we can do is celebrate them as part of the hierarchy of golf in Canada. As members of the family we’re pleased by the attention the Thompson family name continues to receive. I think all of them would be proud.”