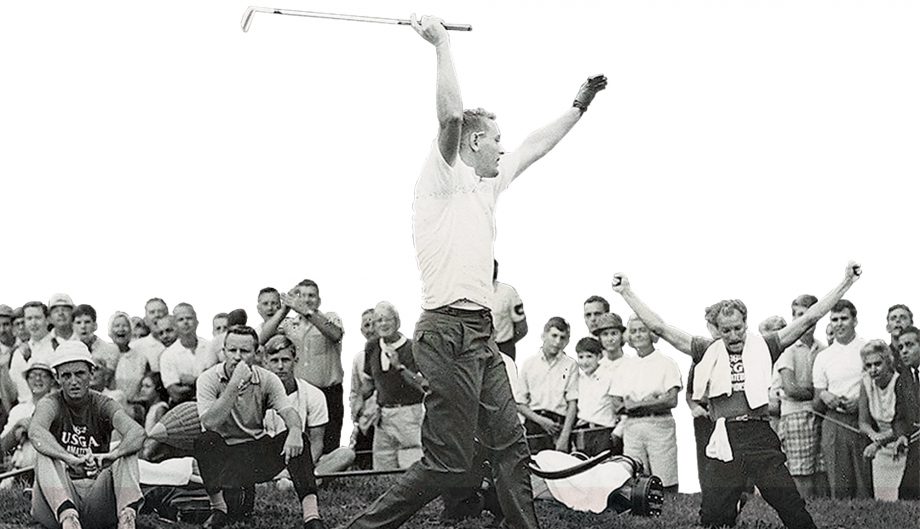 Growing up within a short jaunt to Kitchener, Ont.’s municipally owned Rockway Golf Course, a young Gary was asked by a few friends if he wanted to come and collect golf balls from the golf course.

“At the time, I didn’t even know what they were,” admits Gary.

It was his father who deserves some credit for sparking what would become a lifelong devotion after that. His dad bought him his first club in 1948 — a five-iron.

From there, Gary found his passion. He would show up at Rockway on a daily basis, playing as much as he could with his single golf club, learning the basics and the culture of golf from other members at Rockway.

One in particular was Lloyd Tucker, a renowned golf instructor responsible for the success of other local golfing stalwarts like Gerry Kesselring and Moe Norman. Tucker took Gary under his wing and really, the rest — 17 amateur championships (twice a U.S. Amateur winner) and an appearance at the Masters — is history.

Like most golf families, there was some baggage that Gary brought along into the golf world — four children.

Rob, who celebrated his 52nd birthday last month, is the oldest. Todd remained around the sport as an instructor, while Jamie and Sue still play the game.

Whether they liked it or not, the Cowan kids were around golf every summer. All four worked at Rockway, often spending all day working, playing or both.

For Rob, who was trying to make a name for himself as a youth playing in local tournaments, living in his father’s shadow was trying to say the least.

Rob remembers one occasion from 1995, when he was playing in Grand Rapids trying to qualify for the U.S. Amateur Open for the first time. After a rain-soaked first round, he was approached by someone in the clubhouse who asked where he was from. Rob told him Kitchener.

From there, Rob attempted to break free from his father’s shadow.

“People would ask me if I’m Gary Cowan’s son and I would say ‘No, Gary Cowan is my father,’” he said.

While the father-son ties to golf are strong in the Cowan family, when it comes to playing, they couldn’t be more separate. Rob only played nine holes with his father at the now-defunct Grand River Golf Course, and during Rob’s career, Gary only caddied nine holes during one round, before being fired by his son.

“It was a sport we both shared, but we did it quite separately,” said Rob