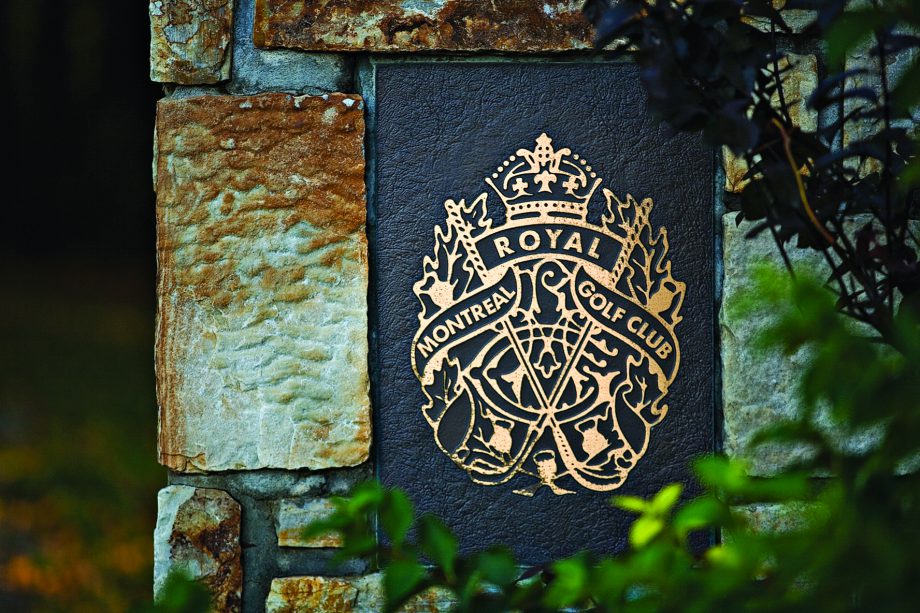 Almost as old as Canada itself, the rich history of The Royal Montreal Golf Club can be borderline overwhelming. Just try scouring the vast archive of Canadian golf history and not stumbling across its numerous mentions. You can’t. You won’t.

The club’s lofty stature dates back to when Queen Victoria sat on the throne. Interestingly, her father, Prince Edward, Duke of Kent and Strathearn, is dubbed the “Father of the Canadian Crown” for his contributions to Canada’s development, though it is partly Royal Montreal’s contributions that have been key to Canadian golf’s development.

Founded in 1873, it is regarded as the oldest golf club in North America and has both witnessed and participated in the rise of the game on this side of the Atlantic. According to the club, the individual most credited with its creation is Alexander Dennistoun.

He was an accomplished golfer in his native Scotland before becoming Royal Montreal’s first club captain and president. Dennistoun transported fond memories from St. Andrews, Royal Liverpool and Musselburgh to Fletcher’s Field, part of Montreal’s Mount Royal Park and the first of the club’s three homes. It wasn’t until 1959 that the club settled in its current location on Ile Bizard.

The initial meeting of the Montreal Golf Club — whose prefix Royal was granted by Queen Victoria in 1884 and has preserved every one of its meeting minutes since inception — included eight members, all of whom agreed an entrance fee and annual membership would cost $25 and membership would be capped at 25 members. Also, that each would adhere to the rules administered by the Royal and Ancient GC of St. Andrews.

In the years that followed, several notable members would join. Among them were Sir Alexander Galt, one of the founding fathers of Confederation; Sir William Hingston, Montreal’s mayor in the mid-1870s; and George A. Drummond, who spent time as a Quebec senator, leader of the Redpath Sugar Refinery and president of the Bank of Montreal. In 1895, when Royal Montreal was among the founding clubs that formed the Royal Canadian Golf Association, it was Drummond who was elected the inaugural president.

Before that though, Royal Montreal had already become the first Canadian club to hire a professional in 1881, doing so a decade before Royal Ottawa hired its first. As the game continued to spread and more club pros were hired, it necessitated the organization of an open tournament to determine the best player — amateur or professional — in the nation. The result was the Canadian Open, a 36-hole stroke-play event in 1904 contested at, of course, Royal Montreal.

The club has hosted nine editions of the championship since then, most recently in 2014 when Tim Clark found the winner’s circle. Pat Fletcher, Royal Montreal’s head professional from 1955-75, remains the last Canadian to have hoisted the coveted trophy.

In 1973, for the club’s centenary, it invited and hosted foursomes from all 65 of the other Royal clubs in the world along with representatives from Golf Canada, USGA, R&A, Golf Australia and other associations.

“It’s the history and the tradition that form the architecture of Royal Montreal,” explains Denzil Palmer, the club’s general manager and secretary for 28 years.

“Every club around the world is concerned about two things: the attraction of new members and the retention of current members. People join our club and people stay at our club because of the historical significance, and there’s great pride at the club from all of its members.”

Royal Montreal’s prestige is not only heralded in Canada but in the global golf community. Its Blue Course — rated high on golf course ranking lists for years and among 45 holes on the property — was selected to host the 2007 Presidents Cup, the only Canadian venue to have drawn the event thus far. It provided an exciting backdrop all week, and few Canadian golf fans can forget homegrown hero Mike Weir outdueling Tiger Woods in a Sunday singles match.

“The PGA Tour pros who visited during the Canadian Open and the Presidents Cup all referred to the library and the leather lounge as ‘a museum to golf in North America,’” adds Palmer, referencing the significant collection of memorabilia at the club. “The original six-hole layout, for example, on Mount Royal in 1873, that ink sketch is still framed and displayed for the members. We have a lot of historical photos, drawings and other artifacts and gifts presented to the club.”

Aside from pros, Royal Montreal still participates in highly anticipated annual interclub matches between Royal Quebec Golf Club (oldest Canadian interclub match) The Country Club at Brookline (world’s oldest international club match) and others that trace back to its roots. Those competitions were the original Weir-and-Woods battles of their time, and the inspiration behind affiliating members.

Without those matches — dating back to 1876 with Royal Quebec, 1898 with Brookline — and without the passionate pioneers of a century ago that sought to open these clubs, perhaps the Canadian golf landscape would look a lot different.