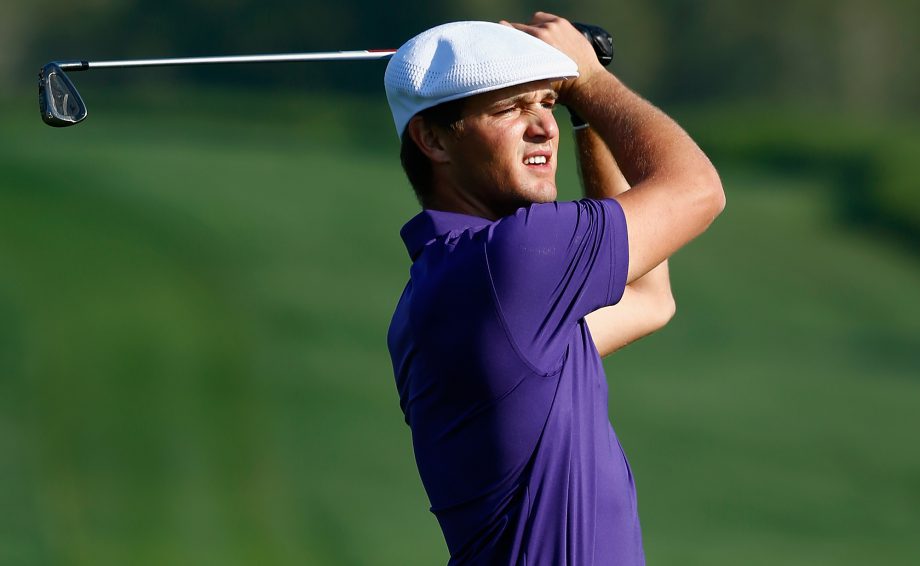 ABU DHABI, United Arab Emirates – Bryson DeChambeau was still in high school when he told his father: “I think I can change the game of golf.”

On Thursday, he was comparing his trailblazing qualities to those of Albert Einstein and George Washington, and calling himself “The Golf Scientist.”

One thing’s for sure about the 22-year-old DeChambeau, he isn’t lacking in confidence.

And he’s got the game to back it up.

DeChambeau shot an 8-under 64 at the Abu Dhabi Championship to take a one-stroke lead in the first round in what might be the strongest field in a European Tour event this year. Not bad for an amateur making only his seventh start in a professional tournament, and his first on the regular European Tour – through a sponsor’s invitation.

Any nerves? Don’t be silly.

“Why be nervous?” said DeChambeau, whose deep tan is explained by his California roots. “There’s no expectations. I’m not worried about anything. If I hit a bad shot I’ve got an opportunity to show my grace and my character. In that situation, there’s no downside to it.”

DeChambeau may just be the most unique, colorful golfer around.

He’s a physics student at Southern Methodist University who has devised his own way of playing golf. It includes modifying all of his irons so they are the same length, lie angle and bounce – the only difference between them is the loft – and means he can keep the same posture and set-up; hitting two different drives that he has named The Fairway Finder and the Crank Ball; using water and Epsom salts to establish which of his golf balls are slightly flawed so they can be discarded; and adopting a putting routine in which he crouches and extends his putter as if fly-fishing.

“You look at trends in humanity and people like following the norm,” DeChambeau said, when asked if he is a trailblazer. “You’ve got people out there like Einstein, George Washington – they just stood out and capitalized on their differences and showed the world a little different side.

DeChambeau isn’t just all talk. Last year, he became only the fifth player – after Jack Nicklaus, Phil Mickelson, Tiger Woods and Ryan Moore – to win the NCAA and U.S. Amateur titles in the same season. He made his PGA Tour debut in June that year and finished tied for 45th, and was runner-up in the Australian Masters in November.

He said Thursday that he is not thinking of when to turn professional.

“I never try to set goals. I’m more of a journey man,” said DeChambeau, who wears a Ben Hogan-style flat cap. “I like focusing on the journey process.

“I’m an intern. I’ve learned to believe in myself. That’s the ticket. It happened at the NCAAs and I’m just growing that confidence, that belief each and every single day. Today definitely helped.”

The highlight of his round was a 3-wood from 278 yards that ran through a greenside bunker and rolled up to within 20 feet of the pin on No. 8. He knocked it in for an eagle, and also hit seven birdies around a long, challenging course to top the likes of Jordan Spieth and Rory McIlroy.

“I’m getting more comfortable out here and getting used to the rhythm of things,” he said. “I only played 18 holes before I played today. Nine holes Monday and nine holes Tuesday and that’s all you need if you understand the golf course – you have contour maps and everything like that it makes it super simple, super smooth to get the golf course figured out.”

It seems DeChambeau has golf figured out, too.