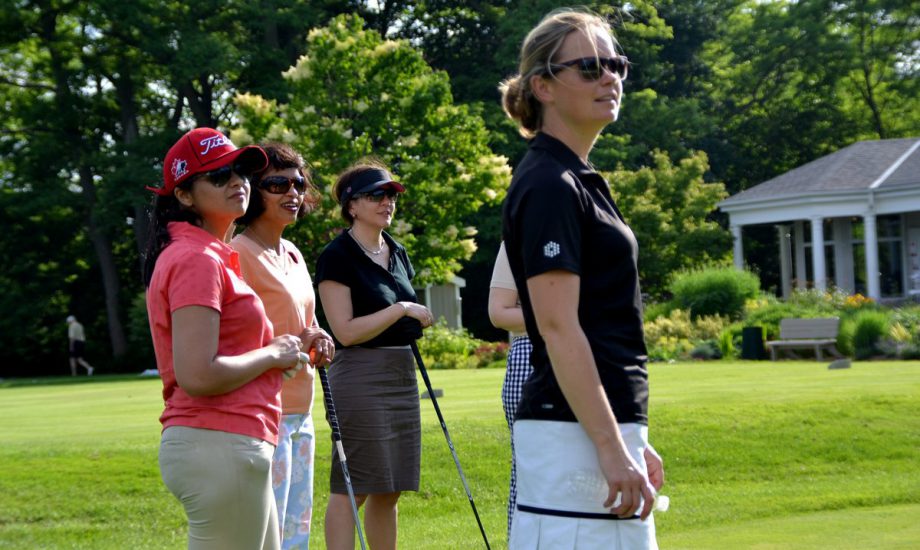 Lindsay Knowlton is anything but an “Iron Lady”, despite the title of her initiative of the same name (www.ironladygolf.com), aimed at introducing women to golf.

In fact, Knowlton’s entrée to the game was a touch romantic. “As a teenager, I went to the course with my dad and saw a good-looking guy there and thought, ‘Hmm. Maybe if I hang out here enough, he might notice me.’”

While the outcome of that summer crush remains unreported, it led to a lifetime commitment to golf and the eventual upshot for women looking to get into the game is indisputable.

Knowlton, a former Golf Canada team member, attended Ohio State University on a golf scholarship where she captained the team and was named an all-American. Upon graduation, she moved into a sports-related career with TaylorMade adidas Golf, LANG Marketing and Puma.

As is often the case, it was a chance encounter that focused her ambitions.

“I was sitting in a coffee shop with a friend, talking about a concept I had about taking the intimidation factor for women out of golf, when I noticed a gentleman nearby listening intently.”

That gentleman was a senior executive at one of Canada’s largest insurance companies. He gave Knowlton his card and asked her to call him. Shortly thereafter, she was speaking to a group of women executives at his company about how to get into the game.

“I told them they should say ‘yes’ to golf for so many business and social reasons. My objective was to help them overcome the fear and intimidation that so many women have about getting into the game.”

That was five years ago. It was a message well-received. And it was the genesis of Iron Lady Golf.

Knowlton sensed that this was an untapped and, historically, a challenging demographic segment for golf.

“I got such a positive reaction every time I spoke to women at every level, from corporations to high schools to schools of business. My challenge was to overcome that intimidation factor, that fear of the unknown, that women have about golf.

“I guess you could call me a ‘golf therapist.’ My approach is far less about the swing itself than opening the door to an opportunity to build relationships, socially and in business.”

“I wish I could explain why women seem to have more psychological and sociological barriers than men when it comes to trying golf. I guess we’re just wired differently. It is something we must overcome and my concept is dedicated to that.

“What is most important to me is seeing someone, a total newbie, who is petrified when they walk in the door and then they leave with a smile on their face after one of my sessions and tell me, ‘I can’t wait to golf.’ That makes everything worthwhile.”

For the record, even though that summer crush is long gone, Knowlton still plays golf with her father.

“In what other sport could I do that? That is just one of the reasons you should love this game.”