The National Team Program: Contributing to the rise of golf in Canada 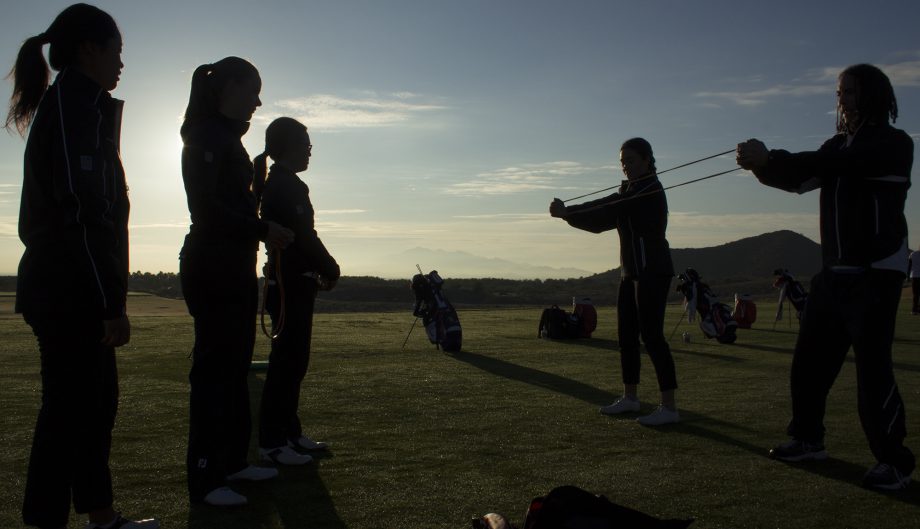 Today, Brooke Henderson, Adam Hadwin, and Mackenzie Hughes are household names for Canadian golf fans because of their impressive accomplishments on the professional stage.

And making an important contribution in their journey to success has been Golf Canada’s national team program.

Presently, the national team program consists of a development squad, an amateur squad, a young pro team, and an Olympic team.

The program is year-round in scope and provides world class support and services to the selected athletes to help them reach their short term and long-term goals.

“I joined the national team when I was 14 years old.  That’s also the first year that I won a professional event in Quebec,” said Brooke Henderson, now a four time LPGA champion.

“I played my first LPGA TOUR event as a 14-year-old; and that had a lot to do with my dad, who is my coach, and also joining forces with the Canadian national team.”

The 19-year-old from Smiths Falls, Ontario is quick to speak about the important components of the program which encompasses fitness, sports, psychology, nutrition, technique, equipment and international competition.

“I got so many opportunities to compete outside of Canada and in the U.S.  We played in the British and world amateur championships and all over the world,” Henderson continued.

“So being on the team really taught me a lot. Not only from the coaches – but golf-wise, we had access to a nutritionist, psychologist, strength and conditioning. I learned about all the aspects of the game of golf and that’s been very important to my development.”

As part of the selection process, Golf Canada offers athletes spots onto the respective teams based on performance results along with other factors; and each participant receives a personalized program tailored towards his or her needs.

As part of the program, competition schedules are reviewed and approved by the coaching staff.

In addition, leaders in the field of sport science have been a part of building the program and continue to play an important part – often from behind the scenes.

As the country’s top-ranked female amateur, Maddie Szeryk, says her involvement has helped her game and is quick to credit the national team program staff.

“We have so many different elements to it. We have our head coach, Tristan, and then we have our sports psychologist and physio and they’re all awesome. It’s definitely helped me over the last couple of years and I’m very thankful for the program,” said the amateur team member recently at the Manulife LPGA Classic.

“It’s great to have a sports psychologist working through the mental aspect because the sport is very mental and it’s important to understand how to react to not playing well or different situations,” added Szeryk, who won the Ontario Women’s Amateur in 2015.

As the national team program’s sports psychologist, Dr. Adrienne Leslie-Toogood speaks about the importance of maintaining the right mental state of mind.

“A golfer needs to be able to judge distance and what kind of club they want to use, as an example; and sometimes we forget that they are human beings, and the person executing the skill is vulnerable to anxiety and stress,” said Dr. Leslie-Toogood, a licensed psychologist and adjunct faculty at the University of Manitoba.

“We really want to help athletes be self-aware of where they are mentally, so they have tools to calm themselves and they know what to focus on during a round of golf,” she continued.

“If athletes have thoughts that are not productive, we want to provide them with tools and strategies to bring their thoughts back to things that can help them on the course, so they can perform at their best.”

Szeryk is also quick to offer a personal example of how she has benefitted from working with the program’s physiotherapist, Greg Redman.

“I’ve had some issues with my back and Greg really worked with me to fix that through showing me different exercises,” noted Szeryk, a dual-citizen of the United States and Canada who is currently in her junior year at the University of Texas A&M.

As the head physiotherapist and strength and conditioning coach for the national team program, Redman understands the importance of athletes being at their physical best.

“Besides the technical component, golf like many other sports has many facets to it. There’s also the mental side and the strength and conditioning aspect, etc.,” said Redman, a respected clinical physiotherapy specialist who has also worked with the Canadian Olympic team in Athens, Torino, Beijing, London, Sochi and Rio.

“Athletes need to be at their physical best to perform at their best and maintain optimal health and avoid injuries.  And through the program we work with the athletes on those aspects,” he added.

Having been involved with the program since day one back in 2005, Redman says his personal highlight comes from seeing the success of past alumni.

“Nick Taylor and Adam Hadwin were part of the program from way back in the day and they were two of the best that we had. It’s amazing to see how far they have progressed and to see their success,” said Redman.

According to Hadwin – who broke through this year to win his first PGA victory at the Valspar Championship in March – golf in Canada is on the rise.

“We’ve got guys playing well on the Web.com Tour and are ready to take that next step; and guys in behind that are moving up in to the Web.com Tour… I think Canadian golf is in great hands and I think it’s just going to continue to get better,” noted Hadwin.

Besides Henderson, Hadwin, and Taylor, other notable participants of the program include Maude-Aimée LeBlanc, Jennifer Ha, Graham DeLaet, and Mackenzie Hughes – just to name a few.

“Derek, Tristan, and the rest of the coaching staff have played a significant part in the success of the program and the players,” said Redman.

“It’s just exciting be part of the team that has played a part to helping the athletes get to the point where they are.”

As an ambassador for the game in the country and a keen observer of the sport, Lorie Kane also gives her endorsement for the contributions made by the national team program.

“Tristan and Derek and the staff there are doing a great job,” said the Canadian Golf Hall of Famer.

“At end of the day the athlete needs to own their own game. And they have to be able to reach out and get help; and we do know that Golf Canada has definitely done their job and have the help there for the players,” she added.

“From a fundamental standpoint, the program is solid.”