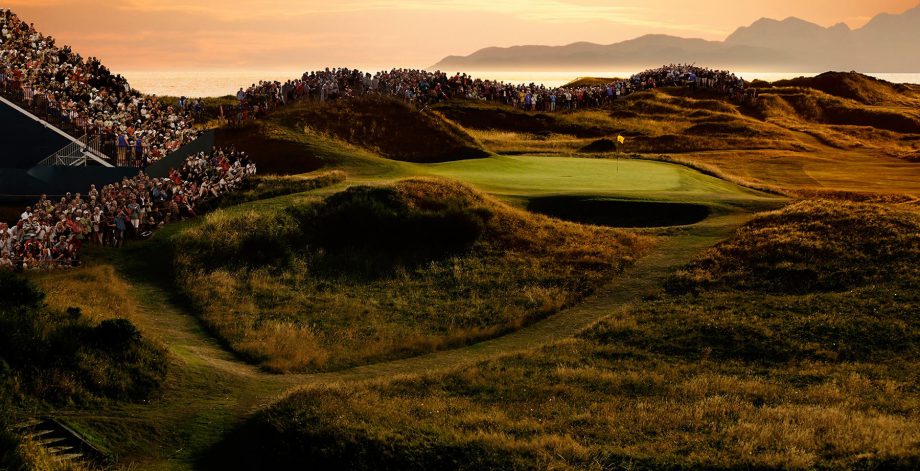 The R&A is demonstrating its support for nine hole golf as an ideal way to play golf in less time whilst still doing so competitively and for handicap purposes by introducing a new championship at Royal Troon this summer.

The inaugural event for amateurs will be played Saturday, July 9th at Royal Troon, giving players the opportunity to play nine holes at the historic Ayrshire links on the eve of The 145TH Open.

In 2017, the event will be expanded to cover golf clubs in Great Britain and Ireland with players being given the opportunity to qualify at nine hole events held by The R&A’s affiliated national associations in England, Ireland, Scotland and Wales.

“People who want to play golf are increasingly struggling to find the time to play and so positioning nine hole golf as a legitimate alternative makes a lot of sense,” he said. “I’m really pleased to see The R&A taking the lead in this area.

“For regular amateur golfers to be able to play The Open venue in championship condition immediately before the best players in the world is a fantastic initiative and I’m sure this new competitive format will encourage more people to get out on the golf course and play nine hole golf.”

The R&A’s extensive survey on pace of play and the subsequent Time for Golf conference in St Andrews last November highlighted the challenges many people face in finding time to play 18 holes, with 60% of the golfers surveyed expressing the view that they would enjoy golf more if it took less time.

The survey also revealed that among 25-44 year-olds who are unhappy with the pace of play, 21% would like to see the playing time reduced by as much as one-and-a-half hours, while 19% said they would welcome the opportunity to play nine holes more often as an alternative format.

“One of the messages that came through clearly from the survey and the Time for Golf conference is that people would play more golf if they could do so in significantly less time,” said Martin Slumbers, Chief Executive of The R&A. “Nine hole golf is not new but we feel it is often overlooked as a perfectly valid way to play the sport either with your family and friends or competitively.

“We are delighted to introduce a nine hole championship and will be promoting this format as a way of playing golf in less time which can have wider appeal among people who lead increasingly busy lives today. We are very much looking forward to working with the national associations to promote nine hole golf and we hope to see more events being played throughout Great Britain and Ireland to cater for this important audience.”

This year’s event will see 30 golfers playing a nine hole championship at Royal Troon. Two players will qualify from events held at each of the 13 Regional Qualifying venues for The Open throughout Great Britain and Ireland with host venues Royal Troon Golf Club and The Ladies’ Golf Club, Troon each providing two players. The handicap event will be open to men, women, boys and girls who are members of the clubs taking part.