The race for $10 million gets under way at Plainfield 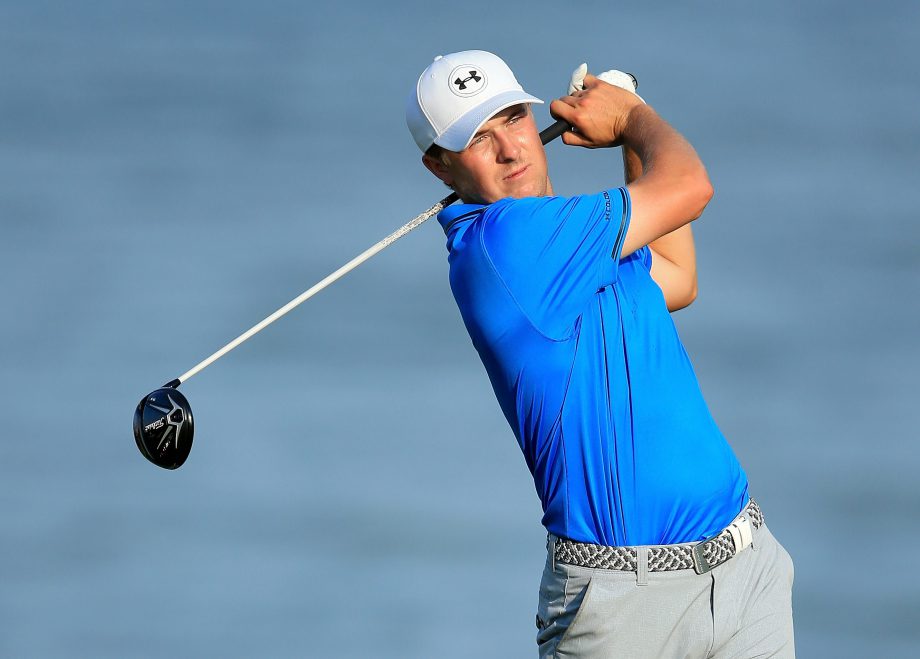 EDISON, N.J. – The points are slightly different for the FedEx Cup playoffs. The principle remains unchanged.

For those who narrowly got into the top 125 to qualify for golf’s ultimate bonus series, it’s time to play well or go home. That applies to players such as Lee Westwood and Jason Dufner, Stewart Cink and Luke Donald, and possibly Adam Scott.

Those with mediocre seasons on the PGA Tour – Phil Mickelson and Henrik Stenson are two who come to mind – they get at least two tournaments, maybe three, to play better golf and wind up at East Lake for the Tour Championship.

That’s a tricky one. The No. 1 player in the world, and No. 1 in the FedEx Cup, all that really matters is winning the Tour Championship to capture the $10 million prize. Spieth could win three straight playoff events and finish runner-up at East Lake and finish second.

“After the major season is over, which is where we wanted to peak, we’ve sat back over the last week and said, `How can we get that same kind of momentum to where we can try and peak for the Tour Championship?'” Spieth said.

The playoffs begin Thursday at The Barclays with a 120-man field because five players chose not to play for various reasons. For all the points that will be tossed around on television, the only math function that really matters is subtraction.

Here’s what to look for when The Barclays begins at Plainfield Country Club:

LONELY AT THE TOP: The No. 1 seed at the start of the playoffs has gone on to claim the $10 million prize just two times since the FedEx Cup began in 2007. This might not come as surprise, but both times involved Tiger Woods.

Woods has been No. 1 in the standings a record five times, including in 2008 when he stopped playing in June because of knee surgery.

That’s because the points are reset going into the Tour Championship to give all 30 players a mathematical chance at winning the FedEx Cup. For all the top seeds, it’s a matter of having your best week at East Lake. It’s not that simple.

TOUR’S WORST NIGHTMARE: Because the points are quadrupled in value for the playoffs, there is a mathematical possibility that a player can win the FedEx Cup without ever having won a tournament all season. It hasn’t happened – yet. But it’s not that far-fetched.

One candidate this year might be Kevin Kisner. He is No. 17 going into The Barclays. A couple of top 3s to get in range and a runner-up finish at East Lake could make him a footnote in history. And a rich man.

NO-SHOWS: Rory McIlroy is sitting out The Barclays to give his ankle a precautionary week of rest. It shouldn’t matter that much to McIlroy, who is No. 9 in the FedEx Cup. He is virtually assured of playing at East Lake and has two tournaments to move up the list.

Louis Oosthuizen (No. 28) is taking the week off with a sore back. Sergio Garcia (No. 31) is out for reasons unknown.

Francesco Molinari (No. 99) is home with a new baby, while Retief Goosen (No. 112) is not playing for personal reasons. Their seasons are over.

THE OTHER RACE: For several Americans in the field, these opening two playoff events might be worth more than just FedEx Cup points. The top 10 qualifiers for the Presidents Cup team will be determined after the Deutsche Bank Championship. Phil Mickelson is in dire need of a big week. He has qualified for every U.S. team for the last two decades and doesn’t want to see that streak end.

Brooks Koepka set the Presidents Cup team as a goal at the start of the year. That’s why he played last week in North Carolina. He wants to earn his way on the team.

The International team is decided by the world ranking. Among those on the bubble are Danny Lee, Steven Bowditch and John Senden.