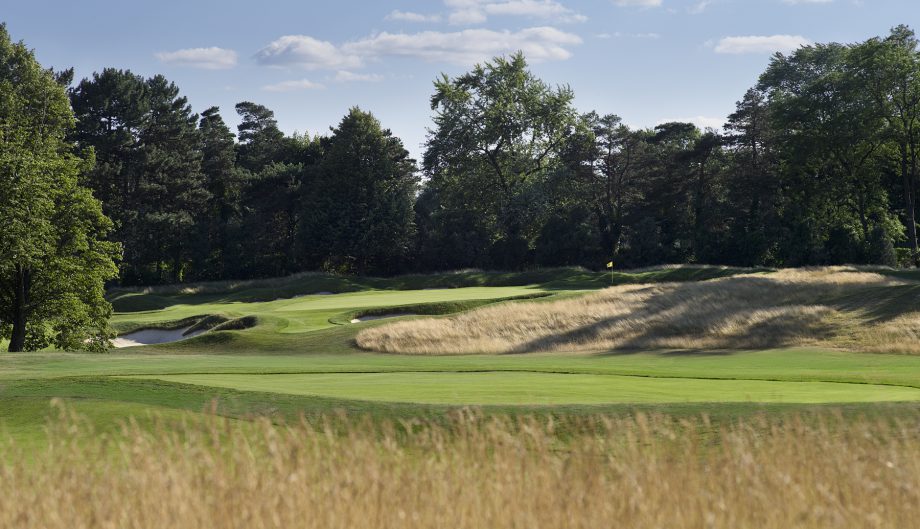 Not many clubs are proud of creaky wooden floors, wire-mesh lockers and wood-burning fireplaces. Of floral furniture and cozy dining rooms. Of narrow, winding hallways lined with black and white photos. But ask members of The Toronto Golf Club, which has a history tracing back to 1876 and a stately clubhouse largely untouched for more than 100 years, and they’ll say the old-fashioned feel is just perfect.

The thousands of spike marks imprinted in the wooden benches of the men’s locker room will undoubtedly endure a few more gashes once the Canadian Men’s Amateur Championship arrives at the club this summer. The tournament will transport a crop of talented teens and 20-somethings back in time, when the ambiance of playing and competing was the primary thrill of the game.

“Golfers that come and play here really understand it,” said John Gravett, chief operating officer and general manager at Toronto Golf Club. “It doesn’t take long to get a feel for the club once you’re here. And it’s a difficult culture and feel to describe unless you’ve been here and experienced it. I think (the young players) will really appreciate the history.”

The third oldest golf club in the country, Toronto is also one of the founding members of the Royal Canadian Golf Association (now Golf Canada). Its prestigious property and decorated past make it one of the pre-eminent clubs in the nation and an ideal choice for the governing body to contest this national event at, which it first did in 1898.

“This will be Toronto’s ninth time hosting the Canadian Men’s Amateur Championship, more than any other club in the event’s history,” explained Adam Helmer, Golf Canada’s director of rules, competitions and amateur status. “It has consistently proven to be an exceptional venue, which made it an easy decision for us to return the tournament there.”

The vintage vibe resonating throughout Toronto is especially noticeable on the golf course. It’s a heathlands style track full of rolling terrain and wispy fescue, originally conceived by Harry Colt. The legendary English architect laid out an exquisite 18 holes for the club in the fall of 1912, following its relocation across the city from the east end to west end. It draws on Colt’s body of work in the United Kingdom that emphasizes creative strategy and shot-making to combat the natural rugged land.

Though it has always been highly rated within our borders, the Colt course at Toronto — there’s also a nine-hole Howard Watson layout and a fantastic practice facility — had evolved away from his initial vision in the decades since. Overgrown trees covered up vistas, some bunkers had become too large and green surrounds had lost some undulation. So the club sought the help of Martin Hawtree, a Colt expert familiar with the designer’s techniques. Beginning in 2009, Hawtree spent two years reviving Colt’s essence and restoring Toronto’s great features. His work made the club eager to present its freshly polished gem in a national championship.

“Certainly the club felt that with the improvements to the Colt course and with its steep history in golf and amateur golf, that it wanted an opportunity to showcase the event again,” Gravett added.

With the reputation of the city and club, the event should draw another world-class field. This year’s festivities at Toronto (the tournament is being co-hosted with nearby Islington Golf Club) will feature four rounds of stroke play, the first time a champion will be determined at Toronto in that fashion. The previous eight editions concluded with a 36-hole match play final, including the tournament’s most recent visit in 1995 won by American Garrett Willis, a future PGA Tour winner.

Longtime head professional Doug Rankin expects Toronto to be a taxing test, both mentally and physically. Meanwhile, the relatively open nature of the 6,800-yard layout, with its collection areas and run-offs surrounding the greens, will give strong short iron and wedge players the upper hand.

“They have to get off to a good start,” said Rankin. “The front nine is a par 34, but it can play like a par 36 at times because of the length and difficulty of some of those par-4 holes. I know that’s how I feel and that’s how some of the better playing members feel on how to post a good score.”

There are only two par 5s on the Colt course at Toronto, both of which reside on the back nine and are among a string of scoring holes down the stretch that can create some jostling on the leaderboard. However, any momentum typically dies at The Graveyard, the nickname for the challenging 17th hole, before one final push coming in.

“It can play 225 (yards), par 3, sometimes into the wind,” Rankin described. “So the rule of thumb is whatever you hit on 17 is typically the club you might want to tee it up on 18 with. (Hole) 18 is a short par 4 but it’s a fun finishing hole because you can make birdie to win a match or force a playoff.”

You can bet plenty of hardware in Toronto’s storied trophy room has been won and lost on that final duo. Perhaps even for George S. Lyon, who won three of his record eight Men’s Amateur titles at Toronto.

In Lyon’s day, players and dignitaries use to arrive by train and on horses. When the millennials arrive in August, they’ll surely appreciate the trip back in time, both on the course and off.

Click here for more information on the Canadian Men’s Amateur.