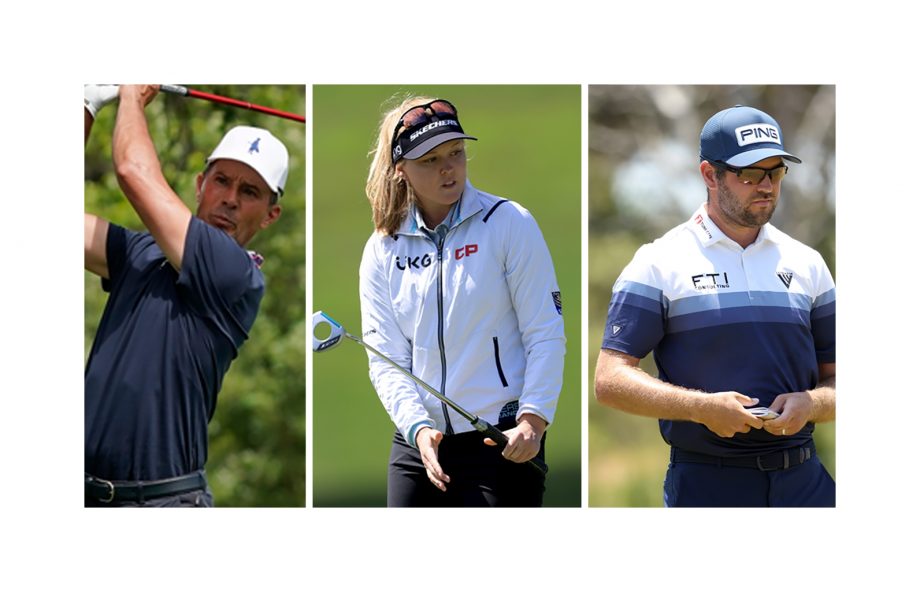 If you were to create your perfect golfer from tee to green using only Canadian golfers, whose driving abilities would you take? Whose putting skills? Whose silky-smooth swing? Let’s break down what the ultimate golfer might look like when comprised of some of Canada’s very best.

When it comes to hitting off the tee, it’s not hard to find a few names. One that comes to mind is Taylor Pendrith. Pendrith is currently one of the heaviest hitters on the Korn Ferry Tour circuit. For the 2020-2021 season, his average driving distance is 319.9 yards. Currently ranked fourth in driving distance on the Korn Ferry Tour, he is just over 4 yards off the first-place number. Back in September of 2020, Pendrith made his major debut at the U.S. Open where he finished third in average driving distance among some of the best in the world.

A decade ago, Graham DeLaet was making similar impact on the PGA Tour. In his first season back in 2010, DeLaet ranked sixth in driving distance with a 305.7-yard average. Between 2012 and 2017, DeLaet routinely ranked inside the top 40 in the same statistic. In 2013, DeLaet had the fourth longest drive on the PGA Tour that season, hitting one drive 420 yards.

One of the best Canadians to ever play the game, Stan Leonard won three times on the PGA Tour and eight PGA of Canada Championships.  At one point in the 1940’s, Leonard’s tee shots were already averaging 275-280 yards, according to a 1948 Maclean’s article.

On the LPGA Tour, Dawn Coe-Jones had enviable irons. Between 1992 and 2000, she almost routinely finished inside of the top 25 for greens in regulation percentage, and for the two seasons where she was outside, she was still in the top 60 on the LPGA Tour.

One of Canada’s best current golfers, Alena Sharp has been playing on the LPGA Tour since the mid-2000’s and was a member of Team Canada at the 2016 Rio Olympics. Over the course of her career, Sharp’s greens in regulation percentage have been impressive. Between 2007 and 2011, Sharp finished inside the top 50 on the LPGA in greens in regulation, and between 2007 and last season, she’s only ranked outside of the top 65 at the end of the season three times. She’s currently ranked 48th in the category this season.

With four wins on the LPGA Tour, Lorie Kane is one of the best Canadians to play the game. Between 1997 and 2005, Kane had some of the best greens in regulation statistics on the LPGA Tour – never failing to fall outside of the top 25, including sixth in 2001. Accompanying that, between 1997 and 2011, Kane also had some incredible sand saves statistics, finishing inside the top 25 six times and in 2011 she was ranked second with a 63.33 percentage.

Sandra Post is one of the most legendary golfers to come from Canada. Post was the first Canadian to play on the LPGA Tour, and won eight times. In an article from Maclean’s from 1968, Post herself says that putting is the best part of her game.

On the PGA Tour, Mackenzie Hughes’s putting is top-notch. In 2020, Hughes finished eighth in strokes gained: putting with a .681 average and had the ninth best overall putting average at 1.566. In 2019, Hughes sunk the longest putt of the season when his putt from 85’8” out found the hole. The year before that, he had the 16th longest successful putt, and in 2020 he held the 20th spot. He’s currently ranked third in avoiding three-putts with only 19 occurrences in 70 rounds of golf.

Moe Norman is a legend in the golf universe. Known for his incredible golf swing, Norman had enviable accuracy that is still talked about today – nearly 70 years after playing in his first PGA Tour event.

George Knudson is another golf legend, and he achieved an incredible eight wins on the PGA Tour. And, like Norman, Knudson was known for having an incredible swing – playing a huge role in his accuracy.

So, who would you choose to create your ultimate Canadian golfer?