Thirteen Canadians strive for The Five at Freedom 55 Financial Championship 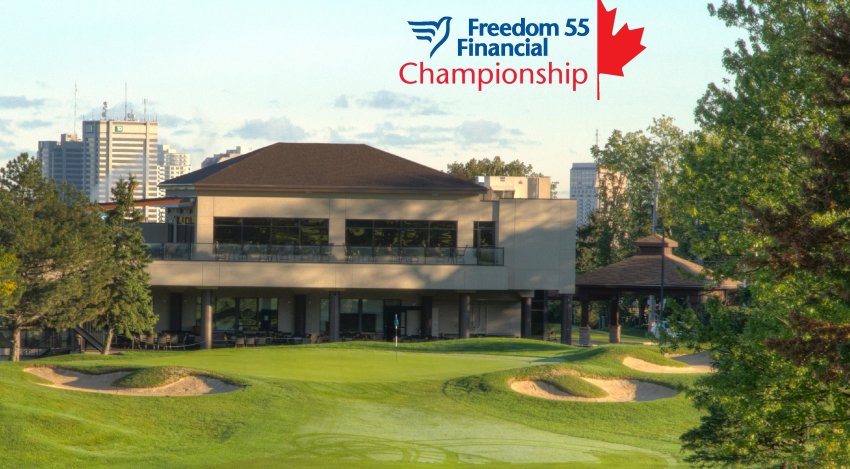 As the Mackenzie Tour – PGA TOUR Canada season comes to a close at the Freedom 55 Financial Championship, (the final event of the 12-event season, where the top 60 on the money list as of the Cape Breton Classic presented by PC Financial compete for the biggest purse of the year), 13 Canadians, each with a unique story, have a chance to jump into ‘The Five’ and earn status on the Web.com Tour for 2016.

From members of Golf Canada’s Young Pro Program to golfers who are giving the game one more chance, here are 13 Canadian golfers who are worth watching this week at Highland Country Club in London.

How he got there: The only player without a 2015 victory currently in The Five, Pendrith has been oh-so-close to breaking through, falling three times in a playoff at the PC Financial Open, National Capital Open to Support Our Troops and the Cape Breton Celtic Classic presented by PC Financial. With his prodigious length – he leads the Tour in driving distance at nearly 340 yards per drive – the member of Golf Canada’s Young Pro squad has become a fan favourite.

How he got there: The Young Pro member captured the second event of the year – the Bayview Place Island Savings Open presented by Times Colonist – and, despite taking the week off in Calgary, has remained a staple in ‘The Five’ for the entire season. He’s looking to return to the Web.com Tour after an up-and-down stint there in 2014. Team Canada Head Coach Derek Ingram says of Choi: “I’ve never doubted his ability to be a superstar in this game.”

How he got there: Spooner, who quit golf to be a server at a local Vancouver restaurant after a disastrous college career, emerged victorious at The Syncrude Boreal Open Presented by AECON in the third event of the year. Two other top-15 finishes has Spooner on the bubble of ‘The Five’ going into London. The athletic Spooner hits the ball a mile and has no fear in going after the difficult shot.

How he got there: Svensson has played a mixed schedule of Web.com Tour and Mackenzie Tour events this year, but, when he was in the field on the Mackenzie Tour, his results have been astounding, with a playoff loss and finishes of T2, T3 and T5. At the Wildfire Invitational he co-led after the first round before dropping back over the weekend.

How he got there: Ross, the son of former Golf Canada Executive Director (and Canadian Golf Hall of Fame member) Stephen Ross, won the Wildfire Invitational presented by PC Financial in dominating fashion. His 25-under-par finish was the lowest on the Mackenzie Tour in 2015 and his win was the fourth by a Canadian – the most on the Mackenzie Tour since 2012.

How he got there: Clapp, who split his time between playing professionally and teaching in British Columbia, hit, perhaps, the shot of the year on the Mackenzie Tour on the 72nd hole of The Great Waterway Classic: a towering approach to four feet, setting up an eagle and securing his first Mackenzie Tour win.

How he got there: The 2013 Order of Merit champion spent 2014 on the Web.com Tour but after struggling there, the Golf Canada Young Pro came back to the Mackenzie Tour this year and is the only player to make every cut so far this season. His steady play has earned him four top-15 finishes.

How he got there: The bright-eyed native of British Columbia battled injuries in 2014 after finishing inside ‘The Five’ in 2013. He’s had an up-and-down season in 2015 missing four cuts, but has three top-10’s. He lost in a playoff in the first event of the season to American Drew Weaver.

How he got there: You can never miss Silverman on the course, as his sponsorship from Loudmouth Clothing guarantees he has the brightest outfits on tour. His game has been just as bright as his outfits this year, with two top-5 finishes.

How he got there: Another member of Golf Canada’s Young Pro Program, Conners – like Pendrith and Svensson – played a mixed bag of events this season on the PGA TOUR and Web.com Tour. He has two top-10s on the Mackenzie Tour, including a third-place finish in Thunder Bay. Conners is also the only person to play in a Mackenzie Tour event and the Masters in 2015.

How he got there: Sahl, who has spent the majority of the past three seasons caddying for Mike Weir on the PGA TOUR, made the most of an opportunity to play during Weir’s break from playing, finishing second at the ATB Financial Classic while playing on a sponsor’s exemption.

How he got there: Harlingten, who quit golf for six years and became a stockbroker, is enjoying his best year as a professional. The 28-year-old, who barely hits balls on the range due to an old wrist injury from his younger days, has three top-15 finishes this year.

How he got there: Now in his fourth full season on the Mackenzie Tour, Renfrew has been consistent as ever, with eight made cuts in 10 starts and two top-10s, including a T5 finish in his hometown of Victoria.