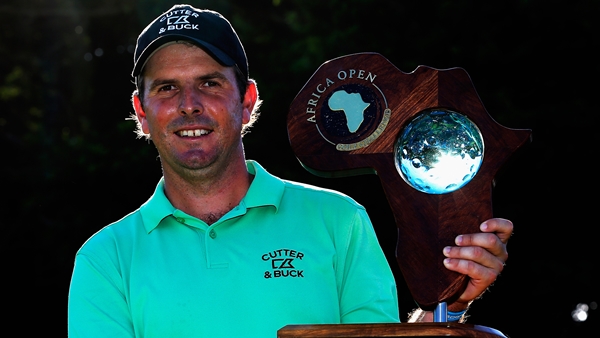 Aiken was the 10th home winner in the last 13 tour events in South Africa as he came from four shots off the lead with a final-round 66, tying with England’s Fisher at 20-under par overall at East London Golf Club.

Aiken won his third tour title and first in his home country by sinking a 30-foot birdie putt on the first playoff hole.

“I’ve been waiting for this for quite some time,” Aiken said. “I’ve won a couple of times overseas but there is nothing like winning in front of a home crowd.”

Englishman David Horsey (65) and John Hahn (68) of the United States were tied for third a shot behind.

Aiken’s victory takes South Africans’ overall record to 36 victories in 58 European Tour tournaments in South Africa and continues the 100 per cent home winning record at the Africa Open. He also won after using his wife Kate as his caddie for the first time.

“Thanks so much to my wife … we might have to do it again,” he said.

South Africans Jaco van Zyl and Darren Fichardt were among a four-way tie for fifth that included another Englishman, David Bland, and overnight leader Emiliano Grillo of Argentina. Grillo slipped out of contention in the final round after a 2-over 73 to finish.