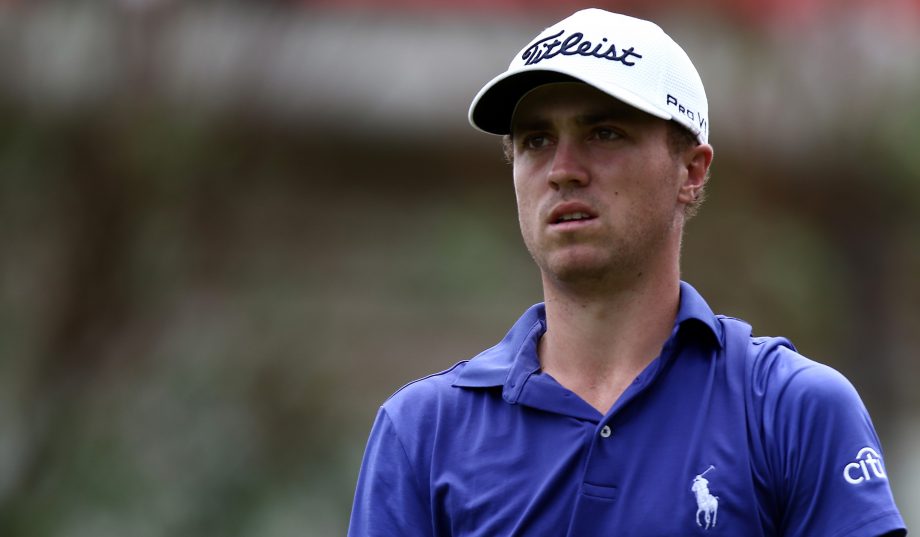 KUALA LUMPUR, Malaysia — Justin Thomas birdied the final two holes to shoot a 5-under 67 at the CIMB Classic on Saturday and a share of the lead with American compatriot Brendan Steele going into the final round of the PGA Tour’s Malaysian event.

Second-round leader Thomas had an eventful round of eight birdies and three bogeys at Kuala Lumpur Golf and Country Club to reach 20-under 196, level with Steele, who had a bogey-free 66.

They were a shot clear of last year’s runner-up Kevin Na, who had the equal-best round of the day with a 64.

With only four strokes separating the top nine players, including former No.1 Adam Scott, and the course offering plenty of opportunities to pick up strokes, a close finish looms on Sunday.

Steele has 13 birdies, an eagle and no bogeys over the second and third rounds, and that flawless performance has put him position to push for his second victory on tour, after the 2011 Texas Open.

Earlier this month, he also led into the final round of the Frys.com Open only to slide out of contention with a final-round 76.

Thomas, who is chasing his maiden tour title, rued a series of putts that came close but didn’t drop.

“This is where you want to put yourself at every event,” Thomas said. “I’m just going to use my past learning experiences in the other events I’ve played in and just try to go out there and hit a bunch of fairways.

“I’m not driving too well and if I can hit more fairways, I can attack a little bit more. That is what I’ll aim for tomorrow. I’m just going to focus on that and try to go make as many birdies as I can.”

Na, the 32-year-old Korean American who has a history of coming close to tournament titles but missing the big prize, feels his luck may have turned after an extraordinary recovery at the par-5 10th hole.

He drove into the rough, his next shot hit a tree than a cart path and bounced back among the trees, but his approach shot to the green found the hole for a remarkable birdie.

“Eight times in my career I finished second,” Na said. “I got to keep the streak alive. Worst case, I win, right?” joked Na, who finished runner-up to Ryan Moore a year ago.

“I’ve been unlucky a few times. But you know what? The last few weeks I’ve never felt so comfortable coming down the stretch. I’ve been getting a lot of compliments from my friends and coaches and family members, friends, saying how comfortable I looked.”

Two-time defending champion Moore had his best round of the tournament with a 66 to be six shots off the pace and in contention to emulate Steve Stricker as the only player win a PGA Tour event three straight years. Stricker won the John Deere Classic from 2009-2011.

Canada’s David Hearn is tied for 37th at 7-under.