Thomas Pieters takes lead at Czech Masters after 3rd round 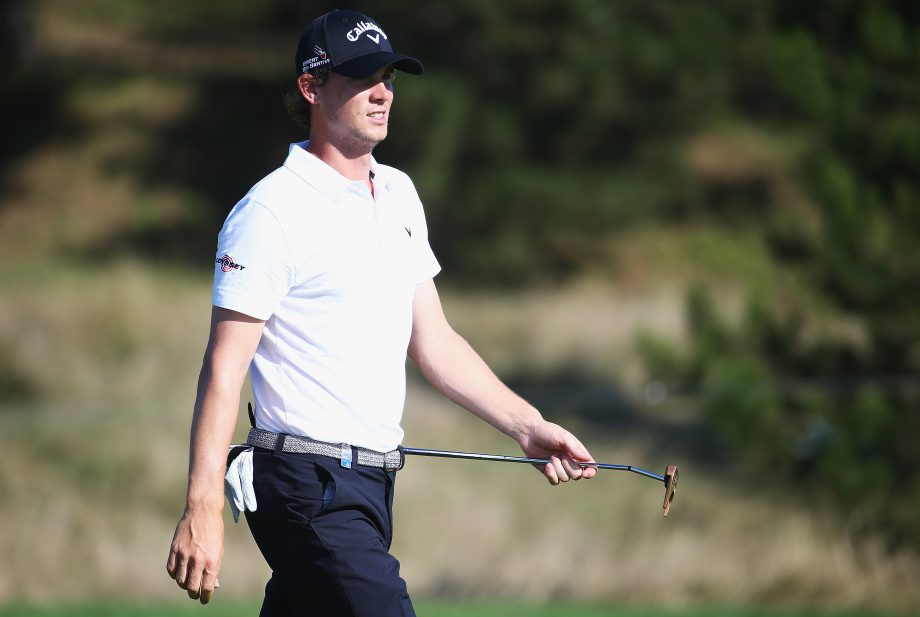 VYSOKY UJEZD, Czech Republic – Thomas Pieters of Belgium shot a 7-under 65 on Saturday despite being penalized for hitting the wrong ball, taking a one-stroke lead after the third round of the Czech Masters.

Pieters began the round one shot behind overnight leaders Matthew Fitzpatrick and Pelle Edberg but made an eagle on the par-5 first hole and continued with four birdies on the next nine. His lead could have been bigger if not for taking a double bogey on the 11th after playing the wrong ball in the rough.

“It’s never happened to me before,” Pieters said. “I normally check my ball. It still hurts a little bit because it is my mistake. It could have been a lower one but I’m still really happy with the way I played and seven under is a good score on a Saturday.”

Seeking his first European Tour victory at the Albatross Golf course near Prague, the 23-year-old Pieters recovered immediately with a birdie on the 12th and added two more on the 14th and 16th for a 17-under total of 199.

“It was nice to fight back and finish off with a couple of birdies, but I need to learn from it obviously and not make stupid mistakes like that,” Pieters said.

Edberg of Sweden produced a flawless round of 67 to sit a shot back in second place.

Thorbjorn Olesen of Denmark carded a 67 with a 40-foot putt for a birdie on the last hole to sit three shots behind in third. Fitzpatrick is tied for fourth after carding a 71.

Sweden’s Mikael Lundberg carded a 64 to equal the course record with an eagle and six birdies to surge into a tie for sixth on 9 under.