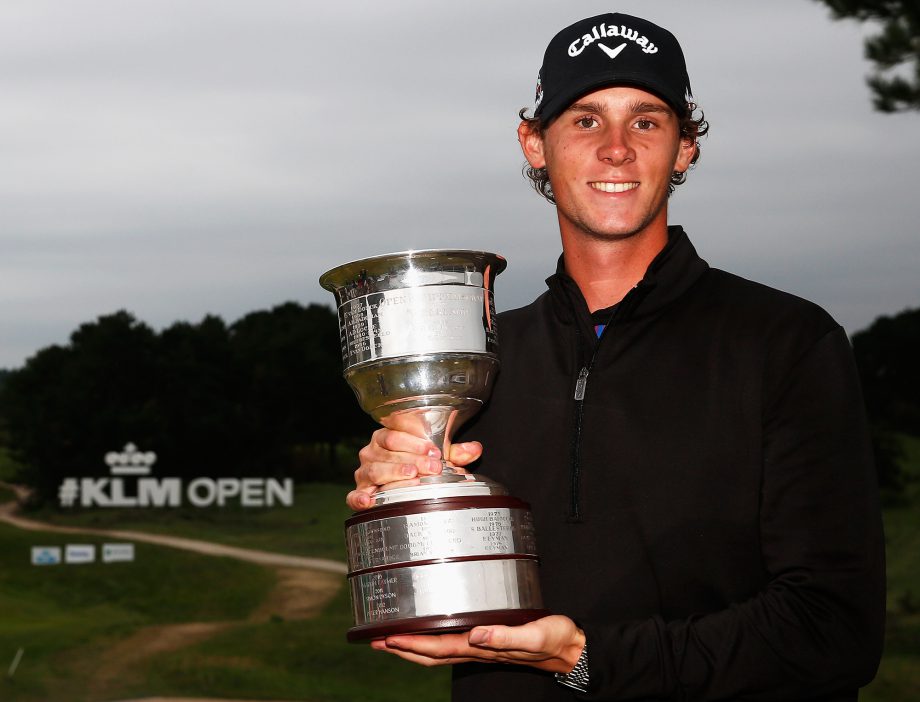 ZANDVOORT, Netherlands – Thomas Pieters of Belgium won his second European Tour title Sunday, two weeks after his first, by shooting a 5-under 65 to win the KLM Open by one shot as Lee Slattery faltered on the final hole.

The 23-year-old Pieters, who won the Czech Masters on Aug. 30, parred the last five holes at the Kennemer Golf and Country Club to finish with a 19-under total of 261.

Slattery, the joint overnight leader who was trying to win back-to-back tournaments after taking last week’s Russian Open, had only one bogey all day – but it came on the 18th when a par would have forced a playoff with Pieters.

“I’m a bit surprised,” Pieters said after Slattery’s par putt slid just past the hole on the 18th. Now he is looking for a third win on tour.

“I was confident. I teed it up to win and I did it. Next time I’ll do the same,” he added.

Pieters carded four birdies on the front nine of the links course on the Dutch North Sea coast and made his fifth at the par-four 10th before giving back a shot on the next hole. But he retained his composure and birdied the 13th before pars on the remaining holes.

Slattery’s drive on the 18th missed the fairway and his chip only reached the edge of the green, from where he three-putted.

Eduardo De La Riva of Spain tied Slattery for second after a 63, one shot ahead of Fabrizio Zanotti of Paraguay (63).

American veteran Tom Watson shot his third consecutive 68 Sunday to finish at 7 under.