Thompson, Lee share lead of 5-under at Evian Championship 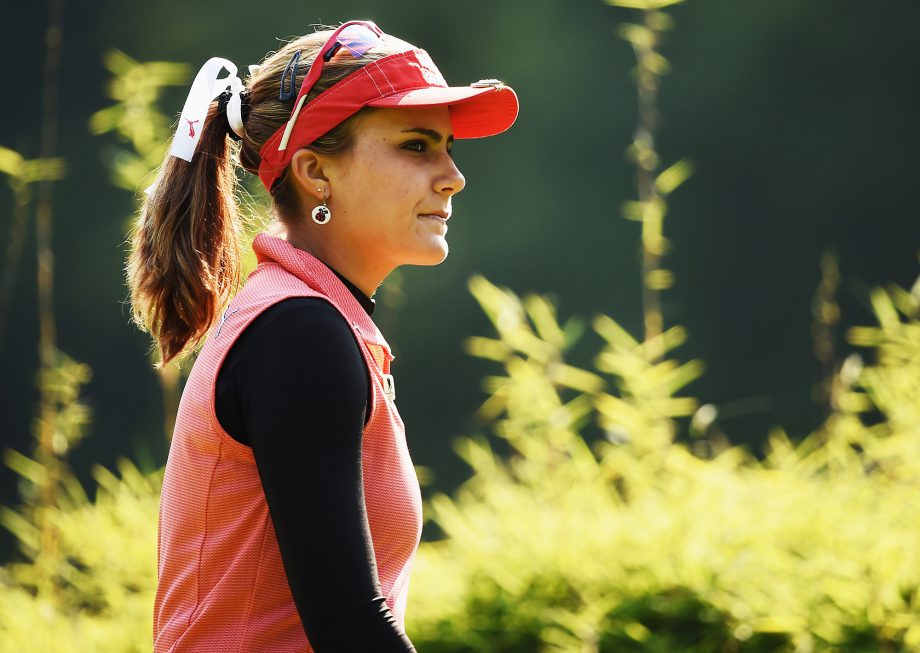 EVIAN-LES-BAINS, France – Lexi Thompson played a four-hole stretch in 5 under and finished with a 5-under 66 on Thursday in the Evian Championship for a share of the lead with Mi Hyang Lee.

“It feels great to have a stretch of holes like that,” Thompson said. “But you just have to take one shot at a time and not get ahead of yourself because, I mean, shots can get away from you out here. If you hit it in the rough, the rough’s pretty thick.”

Thompson won the Kraft Nabisco last year for her first major title, and took the Meijer Classic in July for her fifth career title. She has three top-10 finishes in her last five starts, and will play in the Solheim Cup matches next week in Germany against Europe.

“Obviously, Solheim Cup was my No. 1 goal to be on that team to represent my country, so I’m very happy to be going to Germany next week,” Thompson said. “But you have to focus on this week being the last major here at the Evian Championship.”

Lee, from South Korea, had seven birdies and two bogeys at the picturesque resort above Lake Geneva.

“There are just some spots on this course you cannot get in,” Piller said.

Karrie Webb had a 71, and top-ranked Inbee Park opened with a 72.

Webb is attempting to win her sixth different major championship, and Park is trying to join Webb with a record five. Park has two major victories this year – the KPMG Women’s PGA Championship and Ricoh Women’s British Open – and four overall titles. Webb and Park won the event before it became a major, Webb in 2006 and Park in 2012.

Second-ranked Lydia Ko, playing alongside Park and No. 3 Stacy Lewis, had a 69.

The New Zealander was impressed with Thompson’s round.

“I saw her score. I kind of realized it was going pretty low, especially at the start of the round and she was only a couple of groups in front of us,” Ko said. “I was on the par-3 14th or something, and that was only her fifth hole of the day. And I saw her to my left, and it showed her scorecard. I saw some birdies, some eagles, so that’s a pretty consistent scorecard there.”

Defending champion South Korea’s Hyo Joo Kim also had a 73. Last year, she opened with a major-record 61 and went on to beat Webb by a stroke.

On her 18th birthday, Smiths Falls, Ont., native Brooke Henderson tallied two birdies across the back nine to finish with a share of 17th at 1-under 70. Alena Sharp of Hamilton, Ont., shot a first-round 4-over 75 and sits T80.