Thompson ricochets to share of LPGA Tour lead with Park 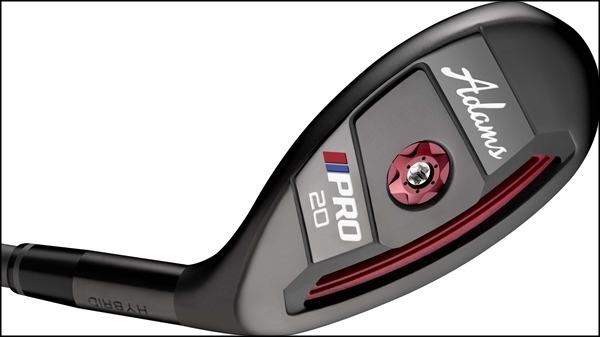 IRVING, Texas – Long-hitting Lexi Thompson was going for the green in two with her approach on the 18th hole. She got there with a fortunate ricochet, and grabbed a share of the lead in the LPGA’s North Texas Shootout.

Thompson hit a screamer well left of the green on the closing par 5 in the third round Saturday. The ball struck the front facing of a grandstand and ricocheted onto the green, skimming just over the top of a bunker.

“I wouldn’t say I was trying to nail that grandstand,” Thompson said with a chuckle after the long two-putt birdie to close a round of 3-under 68.

Thompson shared the lead at 9-under 204 with 2013 North Texas winner Inbee Park, who finished a round of 69 with a more conventional birdie at No. 18. Park hit her third-shot approach inside a foot.

“It’s always good momentum going into tomorrow when you finish with a birdie, and obviously all day today I hit good shots, but inside 10 feet it wasn’t going in,” Park said. “I had to hit it closer.”

Brooke Henderson, the 17-year-old Team Canada member who had the second-round lead, shot an even-par 71 to drop into a tie for third at 8 under with 40-year-old Karrie Webb (64) and Angela Stanford (67).

“Playing rounds like that is fun. I would have told you on Thursday that I wasn’t a big fan of golf at the time,” Webb said, referring to her opening 2-over 73. “Now two days later, everything feels good.”

Webb was the youngest player on the LPGA Tour when as a 21-year-old rookie in 1996 she won four times and was the first player to win $1 million in a season. Now the Australian with 41 career wins is competing with players even younger than that with a focus on being part of the Olympics when golf returns next year in Brazil.

“I think that’s really keeping me out here, keeping me working hard,” she said. “That’s something at the start of my career I never envisioned, being part of the Olympics.”

Without the assist from the stands, she might have been set up for only her second bogey of the day – or even worse. She burst out laughing in the fairway after watching what happened with her ball.

“It was kind of pushing my hybrid to carry over on the right,” Thompson said. “I was just trying to cut a 3 wood, and it was really solid. I’m just happy it hit that grandstand and not somebody else out there.”

Cristie Kerr, who missed a short birdie try on her final hole, shot 69 and was tied for sixth with Hee Young Park (70) at 7 under.

Defending champion Stacy Lewis had a 66 to move into a tie for eighth place at 5 under, after starting the weekend even and tied for 47th. Lewis and 54-year-old Juli Inkster (73) were in a group of eight players five strokes off the lead.

“It’s awesome, everybody knows Karrie has so much game still. It’s ridiculous how talented she is,” Thompson said. “Juli Inkster is in the mix, too, which is awesome to see. Fans love that. It’s all ages, and it’s great to see in golf.”

Lydia Ko, the 18-year-old from New Zealand who is the No. 1 player in the world and won in California last week, shot a 70 to get even for the week. She had to make three birdies over her last eight holes Friday just to avoid missing the cut for the first time in her 51 career starts.

Just like Friday, Ko was right on the number for the secondary cut, among the 51 players advance to the final round at even or better. When the initial cut was made at 1 over after the second round, 70 of the original 144-player field made it.

“Really, I think over the last two days, I’m realizing that one shot, one little putt, can make a huge difference,” said Ko, who will keep her No. 1 ranking after this week. “Luckily I’m playing four days, and after the first day, you know, I didn’t know if I was going to play through.”

Henderson isn’t the only Canadian lurking near the top of the leaderboard. Alena Sharp (71) had a share of 16th heading into the final round.