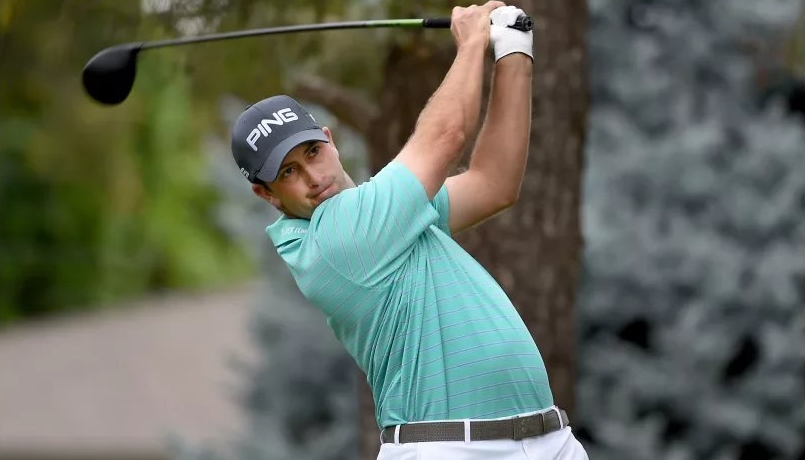 Thompson finished with his second straight 7-under 64, birdieing five of the first seven holes on the back nine, for a three-stroke victory over Argentina’s Miguel Angel Carballo. He holed out from a bunker for birdie on the par-3 13th.

Greyson Murray was third at 18 under after a 64. He already earned a card as a top-25 finishers on the Web.com money list.

“A few sodas! Yeah, I think there will be a Coke or a Fanta or something like that,” Johnson joked about his card-earning celebration. “Nah, there’s going to be a few beers, man!”

The series features the top 75 players from the Web.com money list, Nos. 126-200 in the PGA Tour’s FedEx Cup standings – Thompson was 145th, and Carballo 187th – and non-members such as Johnson with enough PGA Tour money to have placed in the top 200 in the FedEx Cup had they been eligible.

The top 25 players on the Web.com regular-season money list earned PGA Tour cards. They are competing against each other for tour priority, with regular-season earnings counting in their totals. The other players are fighting for 25 cards based on series earnings . Last year, Rob Oppenheim got the last PGA Tour card with $32,206. In 2014, Eric Axley was 25th at $36,312.

Three-time PGA Tour winner Scott Stallings (71) tied for fifth at 16 under with Ryan Blaum (64) and Canada’s Mackenzie Hughes (68). Tied with Thompson for the third-round lead, Stallings eagled the par-5 16th and made a double bogey on the par-4 18th. He has made $68,875 in the first two events to regain his PGA Tour card after finishing 128th in the FedEx Cup standings.

Hughes already earned a card from the Web.com money list.