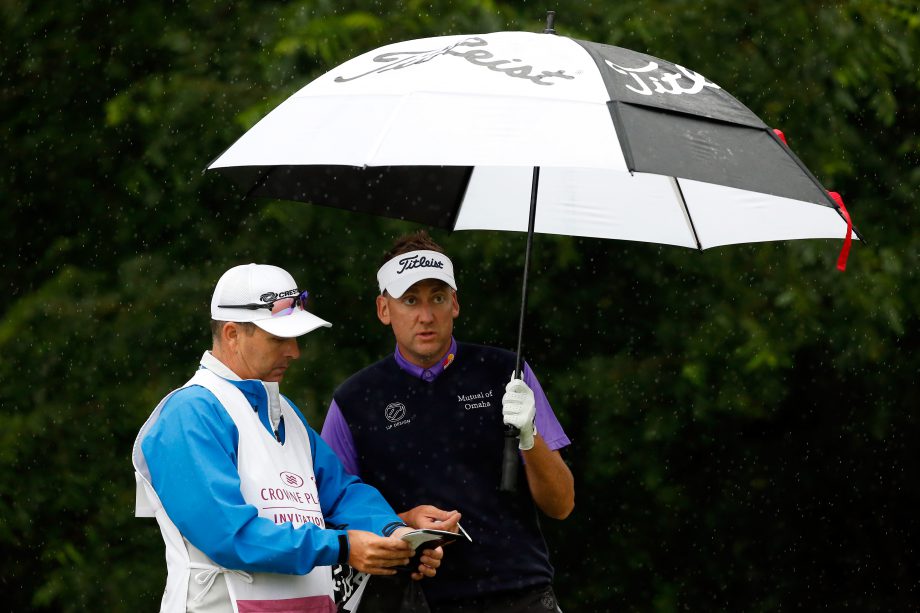 FORT WORTH, Texas –  The leaders at Colonial won’t get to sleep late Saturday.

Due to the expectation of inclement weather, including the possibility of severe storms Saturday afternoon, the PGA Tour said Friday that players in the third round will be grouped in threesomes instead of the normal twosomes and go off both tees Nos. 1 and 10.

The last group Saturday is expected to start around 9 a.m., more than 3 1-2 hours earlier than usual for a weekend round for the leader at Hogan’s Alley.

Thursday’s first round started three hours late after more than an inch of rain fell overnight.

There were periodic showers for the second round Friday, though there were no delays through mid-afternoon.

Heavy rain is also in the forecast Sunday.