Three Canadians advance to round of 64 at U.S. Amateur 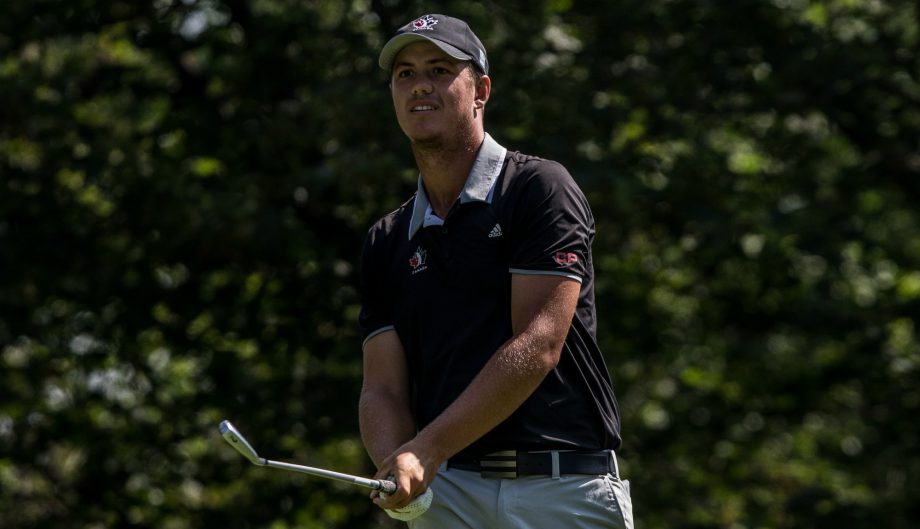 Team Canada’s Hugo Bernard and fellow Canadians Joey Savoie and Chris Crisologo have advanced to the round-of-64 at the U.S. Amateur at The Riviera Country Club in Pacific Palisades, Calif., and Bel-Air Country Club in Los Angeles, Calif.

Bernard from Mont-St-Hilaire, Que., recorded back-to-back rounds of even-par 70 in the two rounds of stroke play qualifying – playing 18 holes at each host club.

.@Hbernard63 the 2016 Canadian Amateur Champ shoots 70-70 at #USAmateur that should be good enough for him to advance to Match Play

Crisologo, a product of Richmond, B.C., was one of 13 players to finish at the cut line of 4 over par after stroke play. He survived a 13-for-8 playoff advancing on the second hole to take the last spot in the round-of-64.

Wood posted the lowest 36-hole qualifying score in the 117 year history of the U.S. Amateur at 9-under-par 131 to secure medallist honours.

The remaining rounds of match-play will all be played at The Riviera Country Club.