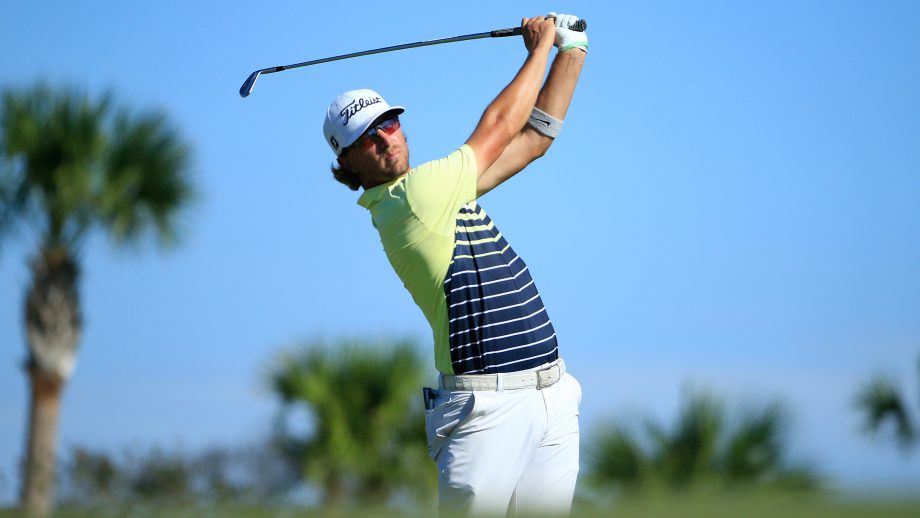 PANAMA CITY, Panama – The Canadian trio of Roger Sloan, Ryan Yip and Adam Svensson all finished inside the top 10 on Sunday at Web.com Tour’s Panama Championship.

Sloan, a Merritt, B.C. product, paced the Canadians with a final-round 66 to climb into sole possession of 4th place at 4 under par for the tournament. The finish marks his first top-10 finish early into the 2018 season (he collected four in 2017).

Yip, also of Calgary, finished the event at 3 under par. A final-round 72 (+2) pushed the 33-year-old down two spots into a share of 5th. After three events this season, Yip sits at No. 11 on the money list.

Team Canada graduate Adam Svensson maintained his hot play of late with four steady rounds (71-71-67-69) to finish tied for 7th. With the finish, the Surrey, B.C. native maintains his No. 2 standing on the money list—heavily influenced by his January victory at the Bahamas Great Abaco Classic.

The trio gave chase to American Scott Langley, who collected his first Web.com Tour victory on the strength of a come-from-behind 65 on Sunday, closing at 7 under. Langley’s come-from-behind victory is the largest in tournament history, surpassing Miguel Angel Carballo’s five-stroke record from 2007. He also became the first player in tournament history to record an over-par score in the opening round and go on to win the tournament.

All three Canadians will be in action later this week at the Club Colombia Championship in Bogota, Colombia.