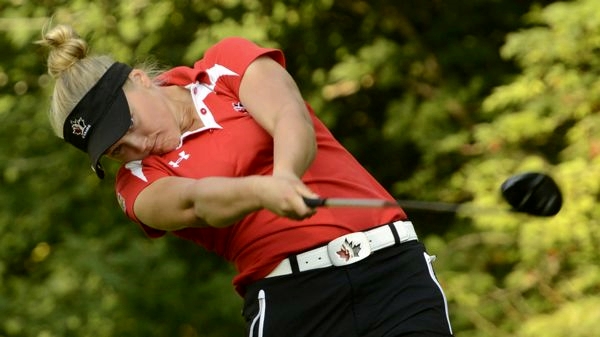 Team Canada’s Brooke Henderson of Smiths Falls, Ont., will be one of three Canadians teeing-it-up at the Women’s South Atlantic Amateur (a.k.a The Sally) in Ormond Beach, Fla., from Jan. 15-18 at the Oceanside Country Club.

Henderson, 16, is a Team Canada member. She has kept up her strong play in the new year, winning the Junior Orange Bowl Championship by five strokes only 2 weeks ago. She returns to Florida riding that momentum into action Wednesday along with two other Canadians.

Henderson will be joined by Meredith Fairbairn of Orangeville, Ont., and Kimberly Risulmi of Lloydminster, Alta., in the deep international field of 74.

The 2013 champion was Kelly Shon, a Princeton student hailing from Port Washington, N.Y.