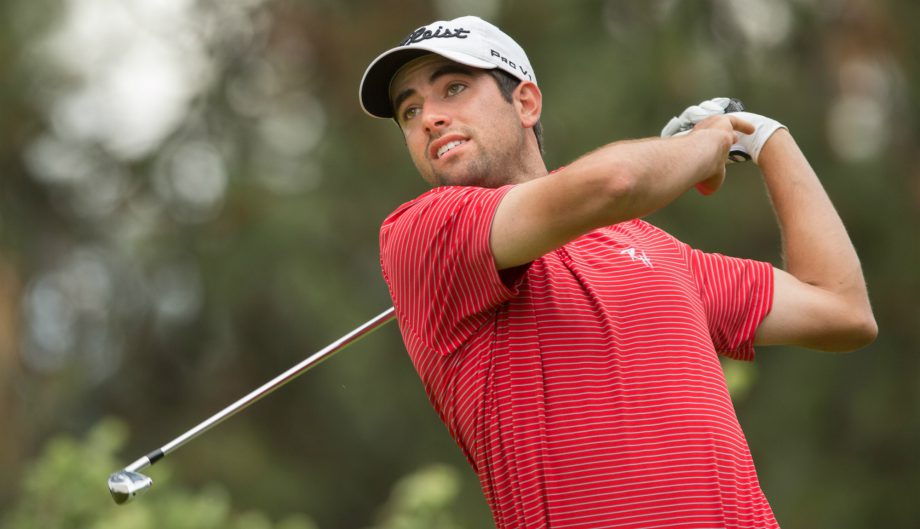 The trio all reached 6-under, just ahead of a group of five players at 5-under when play was suspended due to darkness at 7:47 p.m. One group was left to finish on the course with Round 1 set to resume at 8:15 a.m. Friday morning.

Blick, who recorded his best finish of 2016 with a T10 at last year’s Cape Breton Open, fed off friendly memories of Bell Bay to shoot 6-under and share the lead.

“It’s just the atmosphere in Baddeck here. The town’s so relaxing and welcoming, it’s great. I just love coming out here,” said Blick. “The course is gettable. You’ve got to hit it well, but then it’s gettable and I just feel at home when I come out here. Today, the putter just got hot, and it went from there.”

Woodson, who came into the week having missed the cut in all but one of his nine starts this year, found a spark with four birdies and an eagle on day one.

“Obviously the year hasn’t gone the way I would have liked, but sometimes when you have a lot of events bunched up together and you don’t have a lot of time off, it happens. I know how these things go and I’ve been playing for a long time, and sometimes you hit some rough patches and you’ve got to keep playing. It only takes one good shot or one good round to get some momentum going, and that’s all you can do,” said Woodson.

Sattler, who’s coming off his best finish of the season with a T10 finish at the National Capital Open to Support Our Troops, defied the early rainy conditions with a bogey-free day that included a closing birdie at the par-5 18th.

“I got off to a good start in the rain. It was kind of sprinkling when we started, then it got windy and was a pretty good solid rain for a little bit, but I birdied the first hole and the third hole, and when I made the turn the skies kind of lightened up. I just kept it in front of me,” said Sattler.

A nice way to finish the day for Blake Sattler.

He rolls in a birdie putt at the last to tie the lead at 6-under. #CapeBretonOpen pic.twitter.com/7uIR271AoJ

Florida’s Lee McCoy, Germany’s Max Rottluff, Oregon’s Zach Foushee, California’s Kaz Hoffman and Ontario’s Michael Gligic were a shot off the lead at 5-under 67, while another 13 players were a stroke further behind at 4-under.