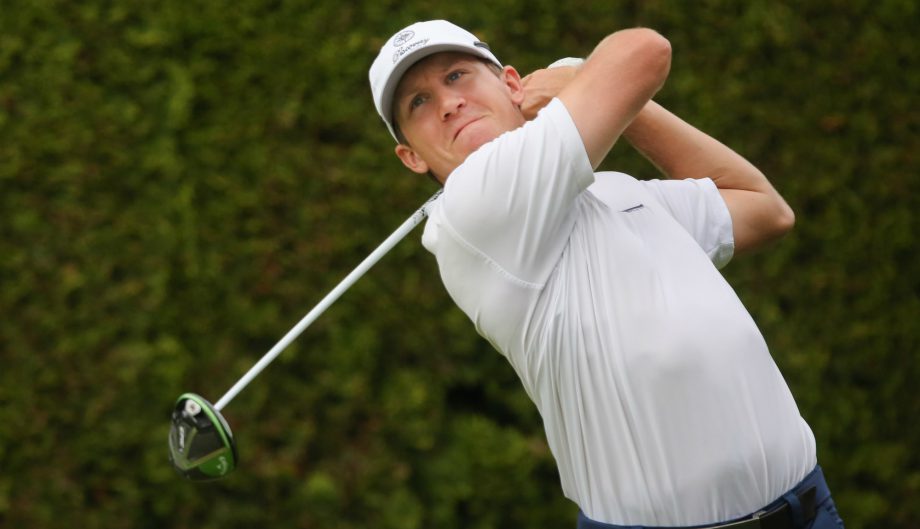 Menard, a 25-year old first-year Mackenzie Tour member, birdied his final two holes of the day to match the lead posted earlier by Blakefield and Hickok, the current Order of Merit No. 3. The trio were two shots ahead of New York’s Michael Miller, Chile’s Cristobal Del Solar, Alabama’s Will McCurdy and Mississippi’s Chad Ramey after 36 holes in Ottawa.

“I’m new to the Tour. There’s a lot of guys that have already been here, and it’s new to me. Not only the courses, but getting used to the feeling of the Tour and being comfortable playing here,” admitted Menard, who’s making his seventh start of the year and said he was beginning to settle into his comfort zone. “I’m getting more and more comfortable, and I want to compete. I know if I’m playing well, I can play with anyone.”

Menard has made one cut before this week, a T29 at the Bayview Place Cardtronics Open presented by Times Colonist, and ranks 137th on the Order of Merit.

He played college golf at the University of North Carolina-Charlotte and played in 12 events on PGA TOUR Latinoamérica in 2016, making four cuts.

Hickok, the Players Cup champion earlier this year and the only member of The Five inside the top-10 after two rounds, said he would be boosted this weekend by the experience he’s gained in his eight starts this season.

“You learn from the experience. I’ve learned from winning in Winnipeg, birdieing the last two holes, but I’ve also learned from shooting 2-over in Thunder Bay to lose by one. Unfortunately in this game, you learn more when you lose, and in this game you’re going to lose a lot more than you win. I really just think being in that position and having a chance to win and having that experience has played a big part,” said Hickok.

For Blakefield, a 35-year old veteran of the Web.com Tour and PGA TOUR Latinoamérica, the round was a continuation of Thursday’s outstanding play, when he hit all but two greens and carded a 6-under 65. On Friday, a 5-under 66 gave him a share of the lead in his eighth start on the Mackenzie Tour, where he said he’s relishing the chance to play a full slate of events this summer.

“I’ve been all over. I’ve had Web.com Tour status the last few years, and I’ve been bouncing around doing a lot of Monday Qualifiers, and it’s nice to be up here and to make my schedule and be able to go week-to-week,” said Blakefield.

The University of Kentucky grad earned conditional status on the Mackenzie Tour – PGA TOUR Canada this year with a T9 finish at the USA East #1 Q-School this spring and has made five of seven cuts this year, including a season-best T11 finish at the Staal Foundation Open presented by Tbaytel.

Miller, Ramey, McCurdy and Del Solar were two shots off the lead at 9-under, while seven more players, including Freedom 55 Financial Open winner Lee McCoy and Golf Canada National Team member Jared du Toit were a shot further behind at 8-under.

Team Canada Amateur Squad member Austin James is 4 under par after two rounds, good enough to make the cut on the number in his professional debut.