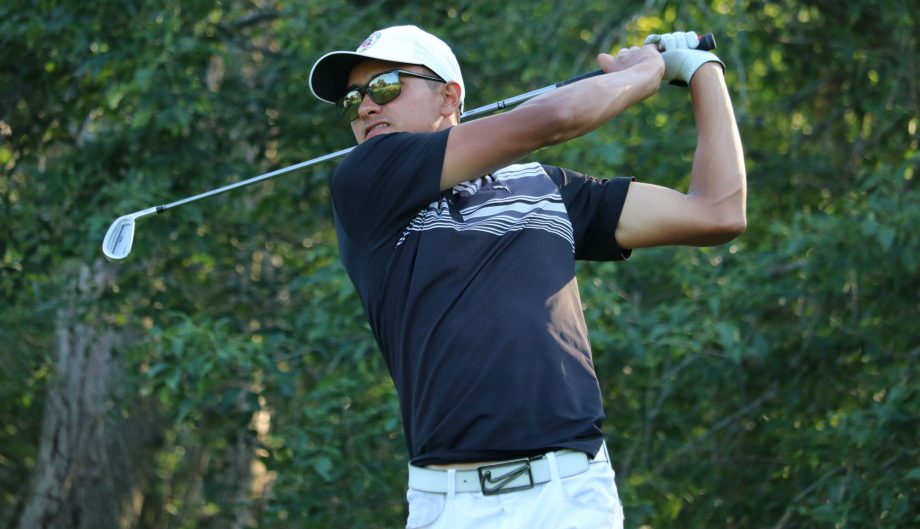 Calvin Ross, Joel Veenstra and Tristan Mandur are all deadlocked at the top of the leaderboard at 2 under par after round two at the Canadian Junior Boys Championship at Cataraqui Golf & Country Club on Tuesday.

Mandur shot a 3-under-par 67 after he carded six total birdies and limited himself to one bogey and one double bogey. The 18-year-old from Mill Bay, B.C., shot a 1-over-par 71 in his opening round and used the same tactics on day two.

“I used the same game plan as the first day,” he said, next to the 18th green. “I just wanted to execute my shots and have fun. I hit a lot of good putts and chips, my short game was solid today.”

Ross, from Fredericton, N.B., started the day alone in second after his opening-round 67. However, the 18-year-old, who started his round from the 10th tee, dipped down the standings as the day wore on and was 3 over par through 14 holes.

His putter served him admirably down the stretch as he registered birdies on three of his last four holes to lock in a 1-over-par 71 to give him a share of the lead.

Veenstra got off to a rough start with a bogey on his first hole, but gained the stroke back with a birdie on the par-5 fourth hole. The Smithers, B.C., product played steady golf from there on out and made par on the remaining holes.

Four players stand one stroke back of the trio of leaders at 1 under par. Round one leader Marcus Khaw (Burlington, Ont.) stumbled with a 3-over-par 73 and Tyler McDowell (Whitby, Ont.) scored 2 under par to bring him up the standings.

In the Juvenile division, 16-year-old Nolan Thoroughgood from Victoria, B.C., claimed top spot on the leaderboard after he recorded a 1-under-par 69 to bring him to even par for the tournament. Johnny Travale (16) from Stoney Creek, Ont., and Ethan Choi (15) from Pincher Creek, Alta., are tied in second one stroke back of Thoroughgood.

Team Alberta won the inter-provincial championship after team members Max Sekulic (Rycroft, Alta.), Matt Bean (Canmore, Alta.) and Chandler McDowell shot a combined 4 under par on Tuesday to pass New Brunswick, the round one leaders, by one stroke. Team Ontario finished in a tie for second with New Brunswick.

The cut was set at 8 over par and 71 golfers will advance to the final two rounds on Wednesday and Thursday.