To throw or not to throw 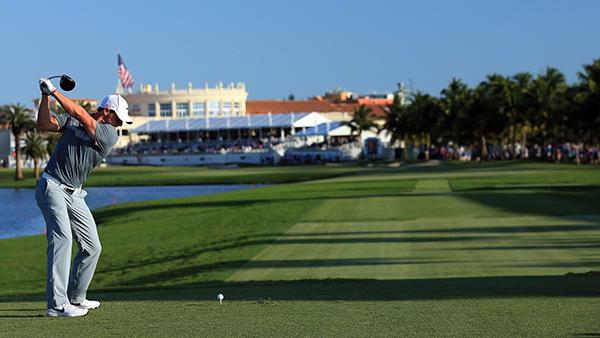 A couple of weeks ago, most of you witnessed (or saw the replay on TV, YouTube, social media, etc.) Rory McIlroy throwing his 3-iron into a lake on No. 8 at Doral after hitting his ball there. There were many mixed reactions and a lot of airtime for one shot (two, if you count the club throw)! For many the reaction was negative. How could he do this on national (international) television? What a bad example he is setting for the young kids watching! Nike should drop his sponsorship; he’s giving his equipment supplier a bad name! How can a player with that much talent lose his cool and not control his emotions?

Personally, I loved it. Maybe because it made me feel better about all the clubs I’ve thrown or broken in my career, but more so because Rory, on that one shot, expressed what most golfers that play competitively would love to do at least once in order to let some steam out!

Yeah, it’s not a great example to show the kids, but these are also the same kids that play video games such as Grand theft auto, Call of duty, Assassins Creed, etc… (I’m not really up to date on these since I’ve never played them, I’ve only watched kids do it).

Maybe it’s not so bad to see the No. 1 golfer in the world behave like a normal kid (he’s a kid to all of us senior golfers) and show his true emotions instead of holding it in.

Maybe kids will better identify with Rory now and know that if they work and practice hard, they can be like him with his tremendous talent (and some faults as well).

As far as Nike is concerned, I would double the amount of his contract for three reasons:

Rory also tossed his club where there was absolutely no danger of injuring someone (maybe the odd turtle or slow moving bass). It’s better than to breaking a shaft which could create hurt someone!

When the best player in the world reacts this way to a really bad shot, you then realize how difficult golf really is to master.

Everyone talks about bringing back the fun in golf these days. When exactly did golf stop being? McIlroy’s group had more fun after the throw than at any other time during the round. Stenson made some funny comments during and after the round and Bubba Watson mentioned that all players get frustrated and that he understood Rory’s reaction at the time.

That’s why golf is such a great sport, one moment you can hit the best shot of your life and the next you can chunk it in a lake or bunker!

It’s fun because you can play with your friends and make fun of each other or praise each other when you hit a great shot!

It’s fun because you’re outdoors instead of sitting inside playing the video games mentioned above!

It’s fun because you can always improve and you’re happy when you do!

It’s fun because you can play a different course every day in different conditions, anywhere in the world.

It’s fun because you can identify with the best players in the world when they miss a shot or hit a great one! And now, we can all identify a little more with Rory McIlroy.