Not the Tiger of old, but not terrible either 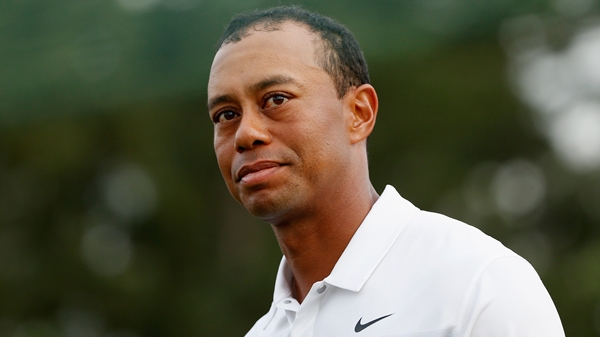 AUGUSTA, Ga. – Not exactly the Tiger of old.

Not completely terrible, either.

Tiger Woods is probably not going to win the Masters, unless something weird even by his standards happens over the next three rounds. His protestations aside, nine shots is an awful long way to come back for a player whose game is just beginning to come back.

But after a round Thursday where his short game looked much like the Tiger of days past, he walked off the 18th green with a smile on his face and a bit of a bounce in his step. At the very least, Woods has a realistic chance of completing all four rounds of a tournament for the first time since last year’s British Open.

And that’s progress, at least in the way Woods is measured these days.

“I felt good,” Woods said after a shooting a 1-over 73 despite hitting the ball in places around Augusta National he hasn’t seen before. “I felt I hit the ball well enough to shoot 3-under-par.”

Forgive Woods if he was somewhat in denial. Just finishing rounds in the past few years has been an issue, so he had to be breathing a sigh of relief when he sat down at the scorer’s table and signed for his 73.

And the fact is he’s not only nine shots behind first round leader Jordan Spieth, but couldn’t break par on a day made for scoring. Conditions were so benign that nearly a third of the 97-man field finished under par, including 65-year-old Tom Watson, who beat Woods by two shots with a 71.

It was also the highest first round score Woods has shot at the Masters since another 73 on opening day in 2007.

Still, it was a start. The world’s best player, Rory McIlroy, could do only a pair of shots better himself. And the way Woods held things together when they were threatening to go south had to be encouraging just by itself.

Most importantly, the short game that was so shockingly bad earlier this year in Phoenix and San Diego seemed to be back after two months in exile at home in Florida spent working on it.

It was a round that came with a share of drama, beginning on the first tee when Woods pushed a shot into the trees on the right. He hit trees, put a ball in the water on No. 12, and grew so tired of spraying his drives that he cursed at himself in frustration after his tee shot on No. 15 went into the gallery.

But the short game offered hope of better days ahead, most notably on No. 11 when he put a treacherous pitch shot 5 feet from the hole to salvage par. And fans chimed in to offer their hope that Woods might climb the leaderboard one day again.

“Relax, Tiger,” one yelled out after Woods 3-putted the first hole for bogey.

If only it was that easy. Then again, maybe it was, judging from the fun Woods seemed to have the day before when he played the par-3 contest with his two children and girlfriend Lindsey Vonn along for the walk.

That wasn’t the Tiger Woods who won four green jackets before he turned 30, and that’s not necessarily a bad thing. The Woods of old was a menacing presence who intimidated other players and walked the fairways with blinders on, seemingly oblivious to both fans and his fellow competitors.

On Thursday he showed off his kinder and gentler side as he chatted amiably with playing partner Jimmy Walker while they made their way around the course on a steamy afternoon.

“He played OK,” Walker said. “He had a couple wild shots. We all did today.”

Woods is notorious for never admitting he is out of a tournament, so it was little surprise that he believes he can still win. But the reality is he hasn’t been able to do that since 2005 here, and he’s been stuck on 14 major tournament wins ever since the 2008 U.S. Open.

And the oddsmakers in Vegas that made him a 25-1 longshot to win lengthened those odds to 60-1 after the first round.

“You know, I’m still in it,” Woods insisted. “I’m only nine back. And we have a long way to go. And we don’t know what the Masters is going to do, what they’re going to do with the greens or the golf course. You know how they like to change things every now and then.”

Back at a place he loves, a place where he’s had so much success, Woods is starting to believe once again.

Don’t look at the scoreboard, and it almost seems like old times.